1 Strike and You're Out! 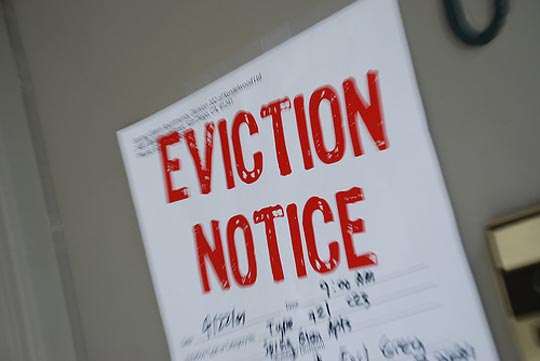 The Anti-social Behaviour, Crime and Policing Bill 2013-14 is currently being scrutinised by the House of Lords.  Release provided a briefing for peers, addressing those provisions which affected our client group most.

Under this legislation, the Government proposes to introduce a mandatory ground for possession of someone’s home if the tenant, or someone residing or visiting the address, is convicted of certain specified offences “committed (wholly or partly) in, or in the locality of, the dwelling-house”[1].  There is no requirement for this Condition that anti-social behaviour has occurred as a result of the activity leading to the conviction – it is simply presumed, on the basis of one offence.  The overriding concern with this proposal is that there is no discretion permitted and the Court must make a possession order if they are satisfied one of the conditions is met and the correct procedure has been followed.

The schedule of offences includes Possession with Intent to Supply (PWITS) any drug and Cultivation of cannabis, both of which cover a wide range of activities. Whilst there is some qualification of the cultivation offence under section 6 of the Misuse of Drugs Act 1971 (MDA), whereby the offence has to be carried out for profit and the whole or a substantial part of the property has to be used for the cultivation, this will not prove an effective safeguard in reality.  Cultivation of cannabis can either be charged as this or as Production under section 4 of the 1971 act, which is also a specified offence for the purposes of this Bill.  In my experience, those prosecuted for growing cannabis are more regularly proceeded against for Production because it is defined as a trafficking offence which allows for an additional action under the Proceeds of Crime Act 2002 (POCA) with a view to recovering an amount that the defendant has allegedly benefitted by.  As there is no legislative distinction in terms of the sentences for cultivation/production there is nothing preventing the authorities from charging an offence of production simply to allow the possibility of POCA proceedings in the future.  Unless the charge is corrected at Court prior to any finding of guilt, the conviction for production will stand.

Even if an offence was correctly charged as cultivation, the requirement for profit is inconsistent with the Definitive Sentencing Guideline for Drug Offences which refers to ‘financial or other advantage’.  This has potential to be interpreted by the Courts as not being limited to just profit, but extending further to situations where an individual has saved money by growing their own cannabis because they are avoiding paying commercial prices.  Many of Release’s clients, particularly medical users, cite this as a reason for cultivating along with an increased knowledge of exactly what they will be smoking and not having to engage with the illegal market.  It is unclear whether the Bill’s proposal will employ the normal definition of profit, or the wider financial advantage.  In any event, this issue will normally be resolved via a plea of guilty on a particular basis (eg. that there was no financial gain) which does not find itself onto a record of conviction as the offence remains the same and is only distinguished by the level of sentence.  The burden would then fall on the respondent tenant in possession proceedings to prove that it had been determined that there was no profit and as such the offence is not relevant.  This may require further documentation to be obtained from defence representatives, if these had been secured, or the Court, which vulnerable people may find especially difficult to get without additional assistance.  I doubt that this is something that would attract legal aid, given the recent and further proposed cuts to the scope of public funding!

There is no protection afforded to those who are convicted of an offence of PWITS, and is not limited to cases where there is substantial evidence of an intention to supply on a commercial basis.  Many of Release’s clients are prosecuted for offences which, although technically meet the elements of intent to supply, arise from circumstances that are far more ordinary.  Social supply where people club together and one person buys the drugs, or where one person sells their friends drugs at the price they paid and so makes no profit, occur regularly.  Equally common are situations where people supply drugs on one occasion to an undercover officer as part of a test purchase operation.  It is unfair that people in these situations who are convicted of such an offence would then also be subject to possession proceedings.

Offences under section 8 (a) and (b) of the MDA, relating to an occupier knowingly permitting certain activities to take place in their home, are also included as specified offences.  Offences committed by someone other than the tenant are discussed in greater detail below.

In general, the wide range of activities covered by the specified offences allows for someone to be convicted and receive a minor penalty in Court, and yet face such a serious outcome as eviction based on exactly the same set of facts.

The compulsory eviction of someone who is a tenant of the property is shocking enough, but this provision applies equally when those simply residing or visiting the address are convicted of a relevant offence.  Many of the definitions within the Bill are extremely wide and open to interpretation, and this is particularly apparent when considering the issue of a visitor.  Taking this at face value, someone could be evicted from their home on the basis of a one-off visitor attending and committing one of the specified offences in the area of the address.  There is no requirement for a tenant to have known about, or had any level of control over, the commission of the offence in question.  And what about unwelcome visitors?  Vulnerable people are often exploited and threatened into allowing their homes to be used for criminal activity, including the specified drug offences that this Bill refers to.  There is no provision for the person committing the offence to have invited the person to their home, and so there is a real risk of injustice in applying the proposals in these circumstances.

As those residing at the address are covered by this proposal, the actions of children may also lead to possession proceedings.  Whilst parental control may be exercised over younger members of the family, this becomes increasingly difficult in relation to adult children. In any event, as discussed above, it is not even necessary that the specified activity was permitted, there simply needs to have been a conviction.

Consideration of the offence being committed in the ‘locality’ of the relevant property, further highlights the lack of clarity in the terms used.  No definition of locality is provided, though a dictionary definition provides it to be “an area or neighbourhood” which could be applied differently according to the particular living environment, with no determination.  For instance, would it be restricted to a specific street, or housing estate, or a complete borough?  It would be completely disproportionate for someone convicted of a specified offence such as PWITS in an area which is considered in the locality of their address but not is fact close enough that address to have any effect on anyone in that area.

The current system of anti-social behaviour orders needs significant reform as their application impacts disproportionately on already marginalised groups, but proposals such as those contained within this Bill do nothing to address the failings of the current legislation.  Many tenancies already include discretionary grounds relating to criminal activity at a property, and this along with the availability of Closure Orders (which are to be retained) are sufficient to meet the needs of preventing and addressing anti-social behaviour.

The outcome of the provisions discussed here is that ultimately incredibly vulnerable people will be made homeless, and this is in clear contradiction of the government’s Drug Strategy 2010 which recognises the importance of stable accommodation for someone who uses drugs in achieving recovery.  The document states:

Failure to provide housing for those with drug or alcohol dependence can have a range of negative consequences for local communities, including increases in drug-related crime, visible signs of drug use, street homelessness, drinking and begging. It is therefore vital that communities recognise the importance of providing accommodation for these people[2].

It is inexplicable that the government can so clearly state this view and yet propose to introduce legislation without even the safeguard of judicial discretion.