A Chance To Get Their Life Back: Perspectives on Rehab and Recovery in the UK 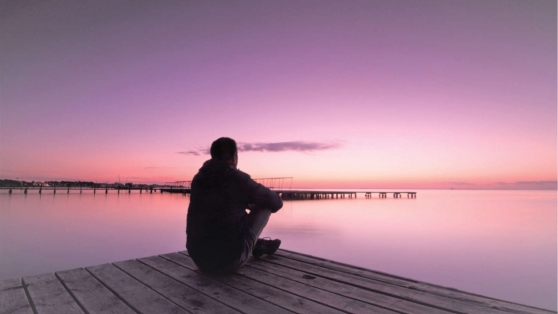 In the UK, cuts of £162m to drug and alcohol services in the last three years have led to many residential or ‘day care’ rehabs closing or severely reducing services. Fewer people are accessing these services due to cuts and high thresholds, but still drugs deaths are at a high.

Harm reduction in the community includes needle exchanges, drug testing at festivals and interventions from drugs services. A principle of harm reduction is meeting people where they are at with their drug use and providing people who use drugs (PWUD) with the tools to make their drug use as safe as possible, and reduce use if they desire. However, some PWUD develop entrenched addictions, and although they have engaged greatly with the harm reduction on offer, they have no choice but to explore abstinence as an option. This is where residential addiction services can support PWUD; however, services were cut by a third in 2019.

Residential rehabs vary in the services they offer, some follow a 12 Step spiritual programme in the style of Narcotics/Alcoholics Anonymous, some offer a full medical detox from the drug of choice, and many offer further holistic and wellbeing activities, such as yoga and gardening. Most have counsellors and drugs workers that facilitate groups and one-to-one sessions, supporting PWUD unpick the reasons they might use drugs and to consider how they can rebuild their lives when they leave, moving on from their addiction.

Michael* spoke about their time in ‘day care’ rehab in a large city in the north of England. He became addicted to heroin after experimenting with drugs in his 20s.

I was referred to ‘day care’ rehab after my drug use became so bad I became homeless and lost contact with my family. I was scripted on methadone and had some interaction with a drugs worker. I didn’t engage well then, but it did give me some preparation for attending the treatment centre later. I found the harm reduction interventions well meaning, but the focus was too much on the future and general wellbeing. I found this meaningless compared to the size of my addiction.

When I was homeless, I was placed into supported housing, and from there I had the stability to start the rehab programme. I had a personal desire to give up heroin for good; the motivation was there from previous negative experiences. The rehab programme went in deeper for me, working with my mental health and behaviours alongside my drug use. Although my rehab programme wasn’t residential, I was keen to make positive changes in my life and I was well signposted to holistic and other activities such as meditation centres and Park Run. It was useful for my recovery that I already had an interest in these things.

I was very emotionally challenged on the course, and so the person who wants to attend rehab needs to be ready for this. I can’t think of any other time in life where you meet and talk in such depth. ‘Day Care’ rehab worked for me as it wasn’t in a bubble, but was more like real life, with responsibilities; I could build up my recovery in the community I used drugs in. I changed my behaviour and how I interact with the world for good.

Philip* attended a residential rehab in a coastal town for five months. He also felt he had hit ‘rock bottom’ after decades of drug use and homelessness. Like Michael* rehab gave him an opportunity to see the underlying reasons for his addiction.

At the point I went to rehab, there was no other option for me. I was seriously ill from street homelessness and drug use. I had become separate from mainstream society. I was motivated to recover as I had come so close to death. I had accessed harm reduction services for years, and had worked closely with drugs workers. The access to harm reduction helped me get into rehab as the drugs workers who applied for my funding had a great relationship with me and it was obvious I could not recover in the community. I needed removing from society and having a fresh start. I had no coping strategies for life without drugs and rehab was a safe place to learn this.

Rehab should be considered as a medical intervention – I needed a supervised medical detox, and I learnt to eat properly again, had my teeth fixed and my abscesses looked after. I could spend time healing my mind too. I felt like I belonged there and that I was safe. I had never felt safe in my life before. I was able to safely explore my emotions in a supported way. I could learn life and social skills to prepare me for the future and to help with my reintegration. I could not have learnt this so effectively in the community as, due to budget cuts, it is only surface work. I felt so supported to grow and was shown love and compassion that I had missed for decades before. However, there is a revolving door with rehabs and many people attend several times. Drugs services should carefully assess readiness as to not waste money if people are not prepared to do the work. I know the cost of my five months was £47,000 and I am so grateful for this. It’s not only about someone not longer using drugs, but about getting their life back.

Rehab is expensive drug treatment, but it’s cheaper than prison.

Although harm reduction plays an essential role in improving health outcomes, rehab works effectively for those who are motivated to stop using their drug of choice and are prepared to discuss and reflect on it. It should be noted, however, that these PWUD who are entrenched in their addictions need harm reduction services more than ever. For many, needle exchanges are their only contact with health professionals. This should be considered in the budget; most PWUD would not have got to rehab without support from the harm reduction interventions.

Rehab is expensive drug treatment, however evidence has shown it is cheaper than prison. Some PWUD are stuck in cycles of criminal activity and drug use; criminal activity to fund their addiction, that would stop when treated effectively. Many people are in prison for drug related crime, yet drug use is rife in prisons. It would be more restorative for many to be consensually treated in rehabs for their addiction, to change behaviours, and reintegrate, rather than develop more entrenched addictions in prison.

Drug related crimes are found to reduce in recovery. Drug decriminalisation and a redistribution of resources into harm reduction, treatment and other public health initiatives could support these outcomes and show the cost effectiveness of simply treating people for their addictions, rather than punishing them.

* Megan Coakeley is an advocate for drug decriminalisation, living in Bristol. She has a background working in housing and drugs services, and has recently completed an MSc in Public Health. She is campaigning for social change around drug use, harm reduction and the health gap to be closed. Contact: megancoakeley@gmail.com