Cannabis and Your Mental Health 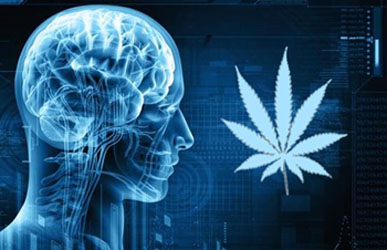 Cannabis and Your Mental Health

Schizophrenia is a type of psychotic disorder. The Royal College of Psychiatrists define it, as ‘a mental disorder which affects thinking, feeling and behaviour’ (RCP, 2008).

In the UK, schizophrenia affects 1 in every 100 people during their lifetime, a staggering statistic which leads one to believe that it deserves greater attention. It is thought that environmental and genetic factors can trigger the onset of schizophrenia. One of these triggers is considered to be cannabis.

The link between cannabis and schizophrenia was first noted in the early 1970s (Davidson & Wilson, 1972; Bernhardson & Gunne, 1972). Since then, there has been a considerable amount of interest in this area, not least a political one as this association led to reasoning behind the classification change of cannabis from class C to B (January 2009).

The main psychoactive substance in the Cannabis Sativa plant is delta-9-tetrahydrocannabinol (Δ-9THC) (Rathbone et al., 2008). Whilst it is appreciated that other cannabinoids, particularly cannabidiol (CBD), play a significant and opposing role in mental states to THC, it is THC that will be focused on here. The effects of other cannabinoids will be a discussion for another blog entry.

Although there are many proposed biological causes behind this association, the exact mechanisms are still not known. Some of these mechanisms are thought to be due to an increased level of the endogenous cannabinoid agonist, anandamide which was seen in the cerebrospinal fluid (fluid inside the brain) of people with schizophrenia (Hall & Degenhardt, 2008). It has also been thought that the dopamine (Murray et al., 2007) and acetylcholine (Domino, 1981) systems play a role.

The question here, however, is whether smoking cannabis causes schizophrenia or whether it is one component of many. Is this correlation a cause or an effect?

It has been established that there are 5 hypotheses underlying this relationship between smoking cannabis and the development of schizophrenia (Smit et al., 2004):

One of the first and largest longitudinal studies (spanning over 15 years) on the effect of cannabis and development of schizophrenia was the Swedish study who found that of the 45,570 cohort (men who were conscripted in the army), very frequent cannabis users (used on more than 50 occasions) had 6 times more of a risk for schizophrenia than non-users.

They also found that those who had only used cannabis at least once had a 2.4 times greater risk than non-users (Andreasson et al., 1987). Although it was seen that conscripts who appeared to have no psychiatric symptoms did have an increased risk of schizophrenia, these findings could not establish whether it was causal or not.

This cohort was re-visited more recently in 2012, where they found a three-fold increased risk for schizophrenia in those using cannabis most frequently. They concluded that this study strengthened findings of association between cannabis use and psychotic disorders. However, it is not clear what the participants’ cannabis use was before the study, whether the participants were under- or over-reporting their cannabis use, and whether there was any association with traumatic experiences either during their time in conscription or otherwise. Their findings are also not applicable to milder forms of schizophrenia, i.e. forms that do not require in-patient care (Manrique-Garcia et al., 2012).

There have been studies showing the link between effects of cannabis use in people who are genetically at a higher risk of developing schizophrenia. It has been shown that 92% of cannabis users do not develop schizophrenia (Arseneault et al., 2004; Caspi et al., 2005) and this remaining 8% can only be explained by the presence of certain genes.

An interesting study showed that although carriers of a mutated gene (for COMT – an enzyme that is involved in breaking down dopamine and norepinephrine, among others) are more psychosis prone, there is not a ‘main-effect risk’ for carriers and they were not more likely to use cannabis (Caspi et al., 2005). This provides evidence for the interaction hypothesis as people who are genetically at higher risk for schizophrenia have a vulnerability to mental health problems associated with cannabis use (Hollis et al., 2008).

In spite of this, there are studies that counter this link by concluding that there is no evidence of genetic-environmental correlation. Cannabis and psychosis may be directional, in that it is not only a causal factor in the development of schizophrenia but also as self-medication for distress or early warning signs of other mental health problems. It may be due to interactions between genetic factors and cannabis rather than the interactions between cannabis use and a predisposition to schizophrenia (Veling et al., 2008).

It must also be taken into account that these genetic studies have predominantly focused on adolescents as their brains are considered to be most vulnerable to changes. These studies do not provide any evidence for adult-onset cannabis use and it is generally considered that cannabis use after adolescence does not increase the risk for the development of schizophrenia, regardless of gene or environment interactions.

More recent brain imaging and neuroscientific studies have shown that cannabis may alter brain structure. One study in particular found that this was relevant in areas of the brain that are rich in cannabinoid receptors (CB1) in users compared to non-users (Bangalore et al., 2008). In another study, it was seen that chronic cannabis users show alterations in nerve cells within the areas of the brain closely associated with schizophrenia (DeLisi, 2008).

These studies usually cause greatest alarm as it identifies physical and usually irreversible changes to the brain.

However, the association between cannabis users and changes associated to these areas have not been clarified. The first study used a small sample size and the relationship between the estimated brain structure and CB1 receptor changes was vague. It is likely that people who smoke cannabis and develop psychotic episodes have low activity in the gene that codes for dopamine (the dysregulation of which is the key driver in schizophrenia) which potentiates the effects of cannabis and is able to provoke acute psychotic reactions.

Recently, there are a growing number of scientists who consider that there is a specific cannabis psychosis. Patients with cannabis psychosis are thought to display more odd bizarre behaviour. They were also seen to have less formal thought disorder and an enhanced insight compared to those with schizophrenia (Hall & Degenhardt, 2004). However, another study found very few differences in the aetiology between schizophrenics who were cannabis users and non-users and opposes the argument that a distinct schizophrenia psychosis caused by cannabis exists (Boydell et al. 2007).

A Dutch study was conducted on 4045 people who had no history of psychotic symptoms (Van Os, 2002). This study demonstrated that the risk for users or non-users of cannabis without a history of psychosis is 2.2% whereas the risk for those with a history is 54.7% (Van Os, 2002). The study implicated that the later onset of schizophrenic symptoms was preceded by prior cannabis use. However, this finding does not confirm that people do not use cannabis to ‘self-medicate’ as the follow-ups were not consistent.

A longitudinal study in New Zealand examined the mental health state of 1037 individuals and concluded that the risk of developing schizophrenia was specific to cannabis and not the use of other drugs (Arseneault et al. 2002). Symptoms of psychosis prior to cannabis use were controlled in this study and it was shown that the use of cannabis was not secondary to symptoms that already existed. This study demonstrates that the self-medication hypothesis is not a valid explanation for the relationship between cannabis use and the development of schizophrenia as it was shown that cannabis use preceded symptoms of psychosis.

On the other hand, it is considered that individuals with the slightest ‘social anxiety or the softest expressions of subtle psychosis-like experiences, may be more likely to start using cannabis so as to ‘self-medicate’ their distress.’ Therefore, it may be that the existence of subtle psychotic experiences rather than prominent clinical symptoms is enough to provoke the development of schizophrenia with the use of triggers such as cannabis smoking (Henquet et al., 2005).

According to this study, schizophrenic symptoms develop in young people independently to pre-existing symptoms and other social and contextual factors. This occurs only in people who have cannabis dependence.

However, although the study claims that cannabis dependency preceded schizophrenic symptoms; in reality it is uncertain whether the study achieved this. Data was gathered at various points in the development of each subject. Despite the fact that analysis did show a causal relationship, the direction of this causality still remains unclear. This criticism is applicable to many other longitudinal studies using similar methodological analysis.

The possibility that the self-medication hypothesis is an explanation between the association of cannabis and the development of schizophrenia is further open to debate.

Furthermore, the exact association between measures of psychotic symptoms and psychosis at clinical levels is still unclear.

Cannabis appears to be an independent risk factor for psychotic symptoms, especially in people with a pre-existing vulnerability (Verdoux, 2004). This is supported further by the evidence that cannabis is considered a component cause of schizophrenia and is part of a wider and more complex constellation of other components (Arseneault et al., 2004).

These points support the majority of studies that are available, most of the significant ones have been described here. In spite of this ever-increasing espousal of the observed associations between smoking cannabis and the development of schizophrenia, there are some rather great concerns. In essence, the problem with these studies is that they all examine this relationship differently and many studies also greatly contradict each other.

The difficulty here is that schizophrenia is extremely difficult to diagnose and smoking cannabis does play a part but the implications of this are complex. It can be said for certain that this relationship is not spurious but cannabis is not the only causal factor, it is one of many.

The quote below from the Advisory Council for the Misuse of Drugs, although slightly outdated, is still very relevant:

‘Although there is a consistent (though weak) association, from longitudinal studies, between cannabis use and the development of psychotic illness, this is not reflected in the available evidence on the incidence of psychotic conditions. The most likely (but not the only) explanation is that cannabis – in the population as a whole – plays only a modest role in the development of these conditions.’

Boydell, J., Dean, K., Dutta, R., Giouroukou, E., Fearson, P. & Murray, R. A comparison of symptoms and family history in schizophrenia with and without prior cannabis use: Implications for the concept of cannabis psychosis. Schizophrenia Research 2007 93: 203-210.

DeLisi, L. E.  The effect of cannabis on the brain: can it cause brain anomalies that lead to increased risk for schizophrenia? Curr. Opin. Psychiatry 2008 21:140 -150

Hall, W. & Degenhardt, L. Cannabis use and the risk of developing a psychotic disorder. World Psychiatry 2008 7:68-71