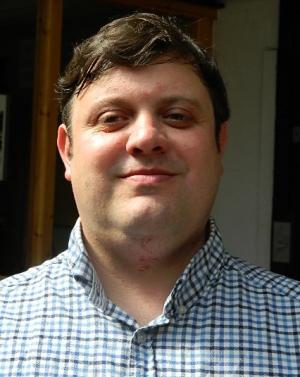 Written by Rupert George, the Head of Communications for Release.
In the 1980s the UK faced the twin challenge of a huge upsurge in the number of intravenous drug users (primarily heroin) and the spread of HIV. Sharing a needle is an extremely efficient mechanism for the spread of blood borne viruses.
The awareness that the rate of HIV infection presented a dire problem for public health led to Baroness Thatcher's government doing something markedly progressive. Her background as a scientist is often reduced to the apocryphal story of her inventing Mr Whippy ice cream, yet far more importantly she clearly understood the value scientific evidence presented to her in government and how to evaluate it. It is well known that she was prepared to push through politically difficult policy choices once convinced they embodied the right way forward for the country.
The evidence at the time triggered what appeared to be a series of radical interventions - hard hitting public health information campaigns, needle exchanges and prescription methadone. Nearly thirty years later these interventions are still not without controversy. In order to function effectively needle exchanges require the police to agree not to seek to prosecute those using them. Used syringes returned for exchange contain traces of drugs, technically placing those in possession of them in breach of the Misuse of Drugs Act. These legal issues are the same as would be faced by the planned drug consumption room in Brighton much talked about in the media last week.
In 1988 the Advisory Council for the Misuse of Drugs (ACMD) recommended:
'The spread of HIV is a greater danger to individual and public health than drug misuse …accordingly, services that aim to minimize HIV risk behaviour by all available means should take precedence in development plans.'
This report was seen by many as pivotal in informing the Thatcher government’s take on the issue and was followed by the rapid expansion to access to methadone, requiring significant public expenditure. Sir Norman Fowler, Thathcher's Secretary of State for Health in 1986, to the day retains a strong interest in public health and is rightly proud of the steps taken during his tenure. The evidence showed and still shows access to methadone saves the public purse money over the long term - this understanding carried through into the Major government but is sadly lacking in the coalition.
Currently the use of methadone prescribing has been under sustained attack, not from peer reviewed scientific literature but in the form of personal history, anecdote and 'reports' of the most spurious kind. Individuals who have found methadone to be a hindrance to their own personal journey away from drug dependency and advocate abstinence based treatment have wielded a disproportionate influence on current government policy. An individual’s story is of course valid but cannot be considered a basis for informing a national public health policy.
The most ardent advocates of this approach admit that abstinence based treatment has around a 30% success rate and isn't cheap. Even the Centre for Policy Studies produced a report attacking the prescribing of methadone that didn't bear the slightest level of scrutiny let alone peer review. Baroness Thatcher understood peer review should be at the heart of evaluating evidence, especially when assessing a subject so beset by hysteria.
Last week Andrew Lansley MP claimed that the UN conventions, the Misuse of Drugs Act and the evidence on the efficacy of such a step stood in the way of the opening the Brighton facility. He was erroneous on all three counts. I doubt Baroness Thatcher would have had much time for such a response to an uncomfortable policy development if the evidence showed clearly the cost effective and positive impact that it could have. Andrew Lansley’s stance has more in common with Gordon Brown’s supine posture towards the Daily Mail’s unhealthy interest in a drug policy built on anecdote than the political bravery of Margret Thatcher.
This blog entry was originally published here.