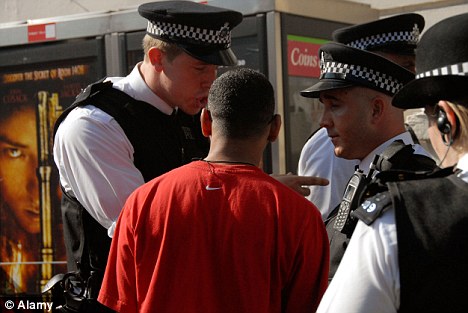 Having joined Release from an anti-racist background, I only ever understood tackling the ethnic disproportionality that exists in stop and search within a framework of challenging police and societal prejudice. The government held a public consultation on stop and search over the summer and its response is due to be published by the end of the year. Our report on racial disparities in the policing of drugs in the UK has me convinced that changing our drug laws are integral to ensuring stop and search powers are used fairly. Here’s why.

The Release report on racial disparities in the policing and prosecution of drugs goes some way to explain the disproportionality in our criminal justice system. It demonstrates how drugs are the key driver behind the inequalities evident in stop and search rates in relation to the black community, and this bias is magnified at rates of arrest, prosecution and sentencing. Over a million stop and searches took place in 2011/12 with over 50% being for drugs. Whilst this debunks the popular myth that weapons and public safety are at the heart of stop and search, it also highlights the ineffectiveness of this particular practice; the arrest rate for drugs searches is 7%, which is 2% lower than the rate for all searches. Overwhelmingly these arrests are for drug possession for personal use, so it also fails to have any impact on the drugs trade. This strikes a severe blow to the black community who are 6.3 times more likely to be stopped and searched for drugs than white people, in spite of evidence they are less likely to use them. The illogical application of drug laws coupled with its sheer inefficiency illustrates that drug policing is not fuelled by drug use, yet its practices fuel disproportionality; when drugs searches are removed from the equation, disproportionality drops to 5 times the rate of white people.

As part of a project Release is currently running to develop training to help young people confidently handle their police interactions in a manner that will not get them into further trouble, I have visited youth clubs across London to speak with young people about their experiences and views of stop and search. Through these conversations, largely – unsurprisingly - with young black boys, some see it as a necessary evil in keeping their communities safe; to curb gang violence and keep weapons off the street, others see it as an instrument for bullying and control. Instances of explicit police racism have become depressingly common in their stories, and children as young as 9 years old have had their school bags searched for drugs and believe walking around with £10 note will make them look like a dealer. These young people know they are being discriminated against because of their skin colour, but do not see a possibility for change. More worryingly, some have internalised negative perceptions of black people as criminals, as “we all know someone who carries around a knife or a weapon so of course they’re going to stop us” – saddening when the common association between the black community and drugs is baseless.

Our research illustrates that black people receive harsher punishments for the same crime than their white counterparts; of those caught in possession of cocaine, 78% were charged and 22% let off with a caution, compared with only 44% of white people being charged. This disparity increases further down the line at prosecution and sentencing. When black communities are over-represented throughout the criminal justice system we can see how easy it is for them to buy into these fallacies. Arguments of prejudice and stereotyping that I would usually draw from provide a weak argument against statistics skewed from the outset.

Around 80.000 people in the UK are being criminalised for drug possession each year, 25% of defendants are under 21 and 10% are 15-18 years. A criminal record stunts their aspirations and life chances, increasing their risk of social exclusion, of re-entering the criminal justice system in the future and it harms their families. In this context it becomes clear that the levels of black unemployment, educational performance and poverty; race equality issues that I have long campaigned on, are critically connected to the way we choose to police drugs.

This Release report is part of our campaign “Better Drug Laws Now”, which draws on a strong evidence base that decriminalisation - the removal of criminal sanctions - reduces the harms brought to society and disadvantaged communities through drug use. In countries where policing has been used to disproportionately control certain groups in society, for example in Portugal, drug policy reform has been key. When the consequences of leaving the house with a small amount of cannabis are far more severe for black communities, decriminalisation provides an opportunity to systemically reduce this ingrained inequality through policy reform.

In the face of the Scarman report, MacPherson report and several failed attempts to combat disproportionality in stop and search; the gateway to the criminal justice system, I am now convinced that a strong and brave alliance between anti-racist and drug policy activists is essential to tackling this at a more fundamental level. In the United States, where stop-and-frisk data reflects our findings, many members of the advocacy group NAACP have now joined Release in taking decriminalisation on as a civil rights issue – if we, as anti-discrimination campaigners, want to eliminate racial prejudice in the UK we must be prepared to do the same.

The young people we have been working with at every stage of our project are fast coming to their own conclusions about what is behind this practice that victimises and oppresses them on a sometimes-daily basis. As the government finishes sifting through the 2000-plus responses this consultation generated, we watch with interest if, and how, it will acknowledge mounting evidence that drug possession, not guns and knives, is the real target of stop and search.