Number of drug-related deaths rise for the 8th year in a row, with rates highest in areas of deprivation. Government must follow the evidence if they are to save lives. 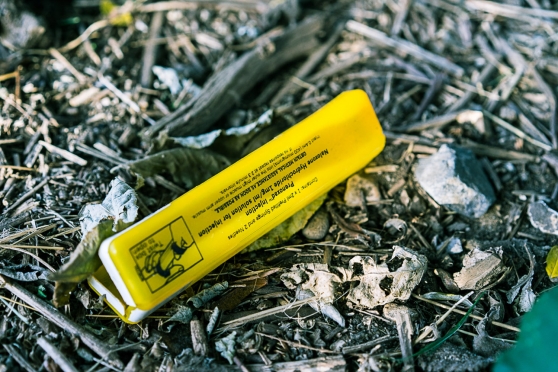 Number of drug-related deaths rise for the 8th year in a row, with rates highest in areas of deprivation. Government must follow the evidence if they are to save lives.

LONDON (October 14, 2020) – Office for National Statistics data released today shows 4,393 drug poisoning (i.e. ‘overdose’) deaths registered in 2019 in England and Wales, of which two thirds were related to ‘drug misuse’. The rate of death relating to drug misuse in England and Wales in 2019 was 50.4 deaths per million people. 2019 is now the year with the highest number of registered drug poisoning deaths since records began and, this marks a 52 per cent increase in drug related deaths in the last 10 years.

“People are dying and government inaction is contributing to these deaths. In the last 12 months, two parliamentary select committees – the Health and Social Care Select Committee and the Scottish Affairs Select Committee -  have called for drug policy reform in the UK in order to tackle drug related deaths, citing the need for investment in treatment and harm reduction, supporting calls for overdose prevention sites and calling for a review of the law to end criminal sanctions for possession offences. If the Home Secretary and the Prime Minister continue to ignore these calls then they will continue to be responsible for the deaths of thousands of people every year. It is time to stop playing politics and listen to the evidence.”

Whilst there was a small fall in the number of opiate deaths (n.2160 in 2019 compared to 2208 in 2018), it is deaths from these substances that are driving the figures. The UK Government has taken no action in the last 12 months to reduce these avoidable fatalities. There has also been an 11 per cent increase in cocaine related deaths, which now account for 16 per cent of all drug related deaths.

Eastwood goes on to say: “The public health crisis that we are all now experiencing as a result of COVID-19 has exposed how structural inequalities have contributed to high deaths rates due the virus, we have seen the same thing in drug related deaths for the last decade. It is no surprise that in areas of deprivation, where austerity has destroyed social safety nets, we are witnessing the highest levels of drug related deaths linked to drug dependency. Investment in these communities, adequate housing, restoring benefits to a decent level, along with drug policy and harm reduction initiatives can save lives”.

The most socially deprived communities have rates of deaths that are five and half times greater than the least deprived, exacerbating the inequality they already experience. The North East had a significantly higher rate of deaths relating to drug misuse than all other English regions with 95 deaths per million people, the highest rate of drug misuse of any English region for the past seven consecutive years. Overall trends in drug misuse have largely been increasing in each English region, and Wales, since the data time series began in 1993.

The Government’s own advisory body – the Advisory Council on the Misuse of Drugs – gave advice 4 years ago now on how to prevent more of these deaths. Despite ample evidence, it is tragic and hugely irresponsible that this expert advice has been largely ignored by central government.

Drug deaths are not inevitable. This public health crisis will not abate unless we scale up harm reduction initiatives and pursue policies based on science and evidence rather than ideology and moralism.

Note to the editor:

Release is the UK centre of expertise on drugs and drug laws, providing free and confidential specialist services to professionals, the public, and people who use drugs. Release also campaigns for the reform of UK drug policy, particularly the removal of criminal sanctions for possession offences, in order to bring about a fairer and more compassionate legal framework to managing drug use in our society.