'Just Say No' To Zero Tolerance Policies: Why Universities Must Adopt Harm Reduction 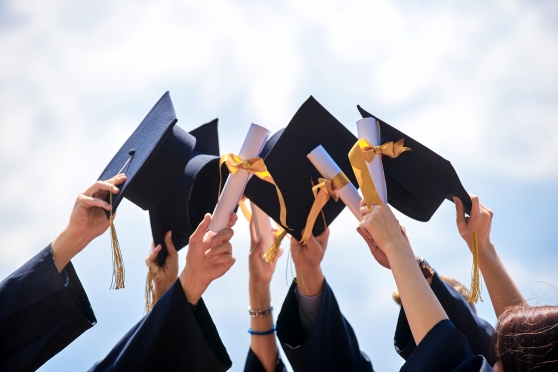 It’s time to adopt a harm-reduction approach to student drug use. Despite decades of universities taking the ‘just say no’ approach, and with some actively pursuing an idealistic “drug-free campus”, research shows that the majority of students have, or will, use illicit drugs. Now more than ever, as we see student drug use rise in the COVID-19 pandemic, Universities must recognise the importance of adopting a harm reduction approach, and acknowledge the harm caused by their existing response(s) to drug use.

According to national surveys, students are the employment group with the highest prevalence of drug use. This trend is strongly linked to students’ age, given that 16 to 24-year olds are the age group most likely to experiment with drugs. Furthermore, national surveys like the Crime Survey for England and Wales are likely to underestimate student drug use as they do not survey student halls of residence. Other surveys, including Release and NUS’ own 2018 student survey, confirm that drug use, whilst infrequent, is common place: with over half of the student population (56%) reporting having used drugs.

Despite this, there continues to be a concerning lack of harm reduction advice from higher education institutions. Equally concerning are the large number of institutions pursuing formal disciplinary measures, with some also introducing additional forms of surveillance, both of which are proven to cause harm to students.

Taking the Hit: A Review of Drug Policies across UK Higher Education

In our 2018 report, ‘Taking the Hit’, Release and NUS reviewed the drug policies of 151 UK higher education institutions. We found that for a student caught in possession of a drug, formal disciplinary measures could include temporary or permanent exclusion, eviction from accommodation, or referral to the police. In fact, in more than a quarter of incidents (26%) involving students found in possession of drugs for personal use, students were referred to the police by their institution. Do institutions understand that there is no legal obligation to take this step? Or do they purposefully subject their students, for whom they have a duty of care, to potentially life-altering punishment?

One finding that does indicate a misunderstanding of current UK drug law is that over half of institutions have policies which allow for the punishment of drug-related behaviour not considered to be a criminal offence. For example, despite the Psychoactive Substances Act 2016 not criminalising the possession of new/novel psychoactive substances (such as nitrous oxide), a number of policies are in place that equate this to possession of a controlled drug.

Institutions must also consider the longstanding inequity of UK drug laws and drug law enforcement, meaning that the risk of being detected for drug use, as well as the severity of the punishment received thereafter, is heavily influenced by your ethnicity. Whilst we see ethnic minority individuals significantly overrepresented in the criminal justice system for drug offences, they are simultaneously underrepresented in drug treatment services. The UK government itself recognises that barriers to treatment for ethnic minority individuals include experiences or fears of racism and other discriminations, and the perception that interventions will not be culturally relevant or be equipped to meet specific or intersectional basic needs.

In our ‘Taking the Hit’ report, we saw that 40% of students would not feel comfortable disclosing their drug use for fear of punishment by their institution. Jess Bradley, an NUS Trans Officer, states that “punitive measures rarely help andmake our educational institutions complicit in practices that prevent marginalised and potentially vulnerable students seeking help”. Whilst it is important to recognise that problematic drug use is rare, with the development of a substance use disorder estimated to effect only 10% of people who use drugs, routes to effective, non-judgmental, expert-informed, and non-mandated support are essential for those students who do want this support.

It is time that our institutions of learning adopt policies, and fund practices, based on evidence, not moralistic or ideological stand points. This also means recognising the hypocrisy in institutions selling alcohol on their premises, whilst simultaneously punishing students for drug use, in light of evidence that finds alcohol to be the most harmful substance to individuals/society.

Harm Reduction International emphasise that “harm reduction policies and practices are informed by a strong body of evidence that shows interventions to be practical, feasible, effective, safe and cost-effective”. A harm reduction framework - including a move away from formal disciplinary measures, the provision of expert practical advice on how to use drugs safely, drug safety checking, and the possibility of drug amnesty bins - would be far more effective than current policies which dissuade students from seeking advice. A harm-reduction approach is being adopted by a growing number of institutions, including Universities based in Bristol and Sheffield, with early signs of success.

Now, more than ever, Universities must explore a harm reduction approach. In what has been described as ‘the other pandemic’, and with a recent NUS survey finding that over 50% of students have experienced a decline in their mental health during the pandemic, experts are predicting an increase in alcohol and drug related issues in the new academic year. As part of Release’s own Coronavirus Drug Purchases Impact Survey, which has been tracking UK drug transactions since April 2020, we have seen more students reporting an increase in their drug use, as opposed to a reduction in their drug use, since the start of the COVID-19 pandemic, despite unprecedented disruption to the drug market.

We are also experiencing our eighth year of record high drug-related deaths, including deaths from MDMA and cocaine which are among the most commonly used substances by students after cannabis. Whilst such tragedies are relatively rare within the student population, with many students now arriving or returning to university with less experience of nightlife and their own tolerance, universities must do more to equip their students with practical harm reduction knowledge, including the dangers of mixing certain substances, and the importance of starting with a low dose.

No Legal Obligation For Zero-Tolerance Policies

Whilst Universities may fear that these potentially life-saving policies are mistakenly perceived as ‘condoning’ drug use, there is no legal obligation for Universities to adopt a zero-tolerance drug policy. Universities are not criminally liable if students are in possession of controlled drugs, but are required to take steps to prevent a very specific set of behaviours from recurring. These behaviours include the supply and production of controlled drugs, and the smoking of cannabis (or opium).

The discretion available to institutions should be viewed as an important opportunity for higher education institutions to be at the forefront of evidence-based policies, promoting social justice, and minimizing the harms caused by our current drug laws.

Stephen Cutter, a Solicitor at Release, explains: “A University isn’t criminally liable just because a student smokes a joint one day, but could, eventually, become liable if this is known to be happening and they are failing to take any action that would deter it from continuing”.

He continues: “these actions don’t have to be draconian, like immediate evictions, all-encompassing bans from venues or referrals to the police. What needs to exist is proof that the University doesn’t allow these specific behaviours, nor does it look away when it becomes aware they are happening. There’s a great level of discretion available to institutions when deciding how to handle this, and what I’d emphasise is that the most serious outcomes absolutely don’t need to be the firstones - it could well be that a University can achieve what it needs to through some form of escalating warnings, accompanied by efforts to destigmatise drug use and offer practical support and information over punishment.”

* Dr. Laura Garius joined Release as policy lead in Autumn, 2020. She is a criminologist and obtained her doctorate from Loughborough University. Laura delivered the Drugs and Society module to students at Nottingham Trent University and has researched both alcohol and drug-related harm. She has conducted research with service users as well as with large scale surveys and advocates for harm-reduction approaches, evidence-based drug policy, and social justice.