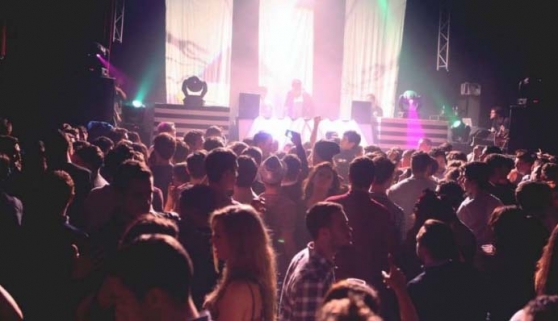 How is the government responding to new evidence about the health risks faced by ketamine users? By making sure our drug laws cause more harm to ketamine users too.

Why is the government re-classifying ketamine?

Following advice from the Advisory Council on the Misuse of Drugs (‘ACMD’), the Government has acted to reclassify ketamine as a Class B drug as of 10 June 2014. The ACMD reported that there is now greater evidence of bladder and kidney problems to regular, high-dose ketamine users, but that there remains limited evidence of social harms (crime, etc.) caused by misuse of ketamine. The ACMD’s full recommendation can be read here.

Speaking to the press in February 2014, Norman Baker MP (the government drugs minister), appeared somewhat conflicted about the drug classification system in general. He consoled himself by deciding that the reclassification of ketamine would have “a value in giving a steer to people at the very least” as “some drug users actually care about their bodies”.

Can we rely on the class of a drug to work out how harmful it is?

Essentially, the minister was saying that the drug classification system acts a bit like the ‘traffic light’ food labelling system. He sees re-classifying ketamine as the equivalent of marking it with big red stickers to warn off unwary shoppers/party goers. But there is little evidence to demonstrate that the reclassification will ‘steer’ people away from using a drug which was already illegal.

Critics have long suggested that the classifications fail to rank illegal drugs in the way that the minister suggests. Prof David Nutt’s paper, which can be read here, proposes a better system for assessing the harm caused by drugs. Health risks to the user are just one factor in the calculation. The tendency of a drug to induce dependency and the impact on families, communities and societies are also relevant. Under Prof Nutt’s system, alcohol is ranked as more harmful overall than ketamine, LSD and ecstasy.

Even if reclassification would have the effect of instilling new caution in users, there are much more efficient, less punitive ways to get this information across (such as a public health campaign).

What will happen to people caught with ketamine after the 10 June 2014?

One thing we can be sure of, is that the new classification will ‘steer’ judges toward more severe sentences. Maximum sentences will increase to 5 years imprisonment for possession and 14 years imprisonment for supply/possession with intent to supply. The maximums are rarely used however. The sentencing guidelines give a more accurate picture of how users will be treated by the courts.

Now that ketamine is Class B, people who are carrying ketamine for their own personal use and are unfortunate enough to be caught with it will face bigger fines and an increased risk of a community sentence (or even prison sentence) under the guidelines.

The ‘starting point’ used by judges for possession cases will still be a fine, but double that handed down when ketamine was Class C. However, judges can impose a harsher sentence and the ‘range’ of possible sentences in the guidelines goes all the way up to 6 months imprisonment. The harshest sentence in the guidelines for possession of Class C drugs is a community sentence.

Supply and possession with intent to supply will also result in much tougher sentences. Sentencing in these cases is more complex and depends on a number of different factors. The quantity of drugs the person had, the role they played and the nature of the supply (i.e. ‘social supply’ vs ‘commercial supply’) all have an impact. If you have been accused of one of these offences, our legal helpline can give you tailored advice to your situation. General advice about sentencing in drugs cases can be found here.

By reclassifying ketamine, the government is ‘doubling down’ on a law enforcement approach that has failed time and again. This is a public health issue. The focus should be on reducing harm. There is an alternative and you can read about it here.