Police commissioners: Labour must seize the opportunity with both hands 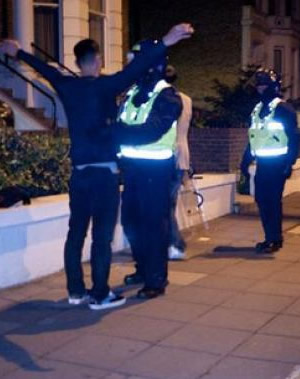 This blog entry was written by Rupert George
Jon Harvey is right to point out the already political nature of the elections for the police and crime commissioners. However, we should be far more prepared to politicise them than he proposes.
The existing political debate around stop and search, last year’s riots and the related fears around public safety should be central to these elections.
You are still seven times more likely (pdf) to be stopped and searched if you are black – and under Section 60 (no need for reasonable suspicion) this rises to 30 times more likely.
The recent review of stop and search sparked by last year’s riots, announced by the Metropolitan Police Commissioner, could be seen as an acknowledgment that both the Scarman and McPherson inquiries had failed to impact on the way policing was being carried out in London.
Drugs are central to the problems regarding stop and search: of the half a million ‘reasonable suspicion’ stop and searches carried out by the Met Police last year around 50% were for drugs, less than 10% for weapons (pdf).
According to research by Professor Alex Stevens, young black men are nine times more likely to be stopped and searched for drug offences.
I had a conversation last year with a British Transport Police Officer about sniffer dog operations in London. He agreed that, although unintentional, their operations at tube stations targeted the young, the poor and those from BME communities.
There were never operations at Bank but there were plenty at Brixton; Tooting Bec, more affluent and white, saw far less operations than less white, less affluent Tooting Broadway.
It isn’t just about racial injustice, we currently do not have any figures on the degree of socio economic disproportionality in this area, however we can assume there is an issue here that is worthy of far greater investigation.
In 2004, in the Smith Institute publication, ‘Communities, Social Exclusion and Crime’ (pdf), Professor Roger Graef  makes reference to “an estate known as ‘Pigsville’ in North Shields police culture because of its poor families”.
This has to be placed in the context of the British Crime Survey figures that show white people are more likely to take drugs than those from BME communities and that young professionals have among the highest rates of drugs.
Perhaps this is at the root of the claims by Peter Hitchens that drug law enforcement is not taking place – if you are white and middle class your chances of being caught with drugs are probably up there with your chances of being in a plane crash.
The same member of the British Transport Police I spoke to attempted to rationalise our shared observation about drug law enforcement by saying middle class drug use wasn’t linked to anti-social behaviour.
The anti-social behaviour of the poor and young must have led to them being arrested for drug possession offences. This is clearly not about drug control and it’s hard not to view it as an outcome that was never intended by law.
Surely this opens up a huge debate about how the police serve our communities; what are the outcomes from policing that our communities want? The debate around the election of police and crime commissioners offers a huge opportunity to be overtly political, to perhaps reframe the debate around community safety as the key outcome for policing.
Concerned about drugs? The Europe Union’s drug monitoring organisation, the European Monitoring Centre for Drugs and Drug Addiction (EMCDDA) has evidenced how harsh legal approaches appear to have no greater impact upon rates of cannabis use.  The UK has a tough criminal justice response and yet one of the highest rates of drug use in Europe.
There are no positives to criminalising already disadvantaged young people for little purpose; charges for cannabis possession make up the bulk of the charges stemming from our drug law enforcement.
To a political party that sees seeking social justice and evidence based policy making as key to its ethos, the election of the police and crime commissioners should be a huge political opportunity to positively impact upon this deeply unfair aspect of British society. I would urge the Labour Party to seize this opportunity with both hands.
See also: