The T-Shirt Story, by Caroline Coon 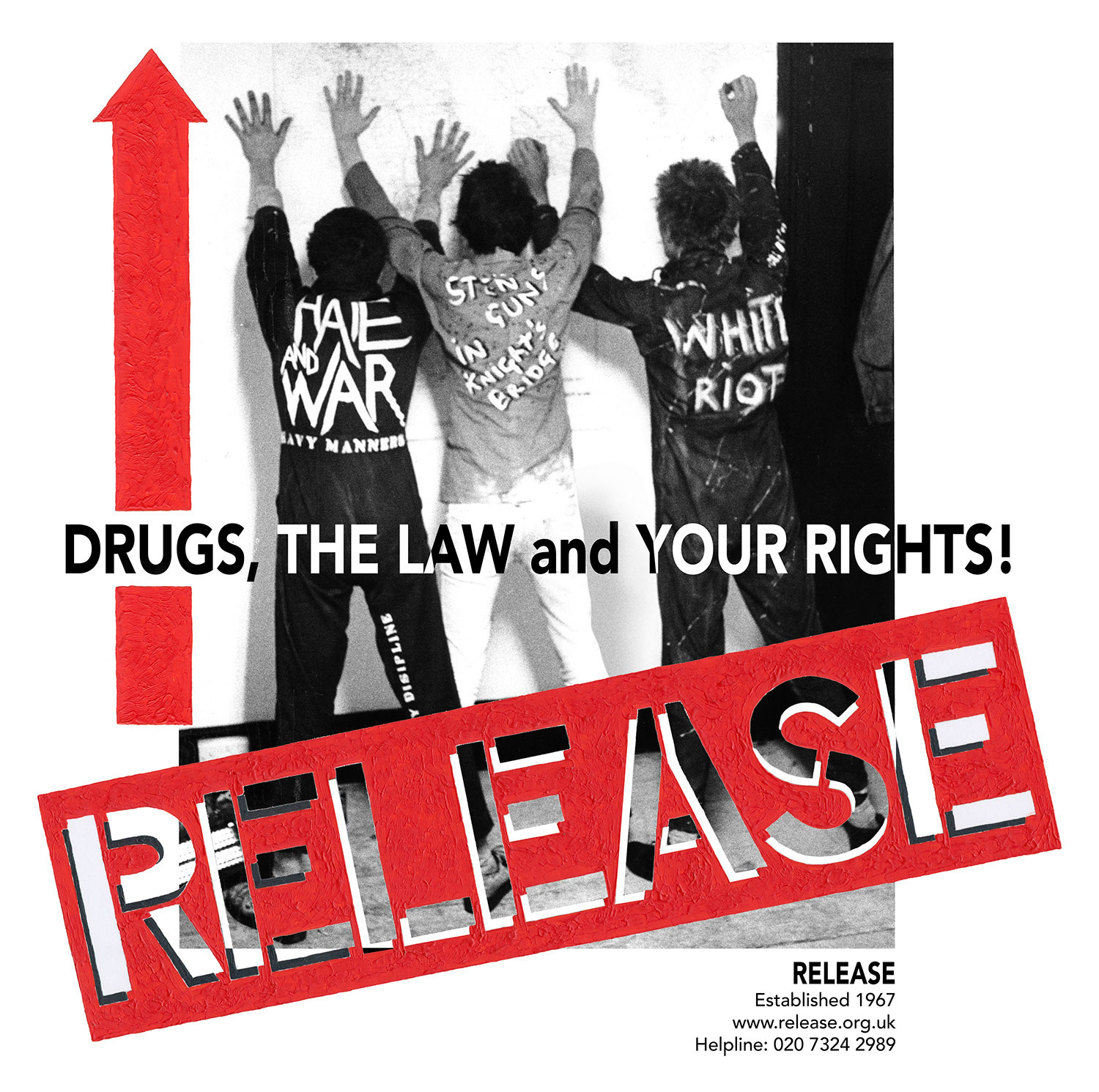 When the 1960s psychedelic promise of ‘flower power’ faded into the dark 1970s economic crisis, protest changed and became more ferocious as government refused to respond to peaceful demands for a more pluralistic and equal society. The police turned on a new generation of youth, especially black youths who protested against racism. It became an everyday occurrence to see black youths, arms above their heads for no other reason than the ‘suspect’ colour of their skin, with police harassing them using the excuse of conducting a ‘stop and search’ – the dreaded ‘sus’ laws. Steel Pulse, the reggae band, captured this frustration in songs like ‘Ku Klux Klan’.

Then, in 1976, The Sex Pistols and The Clash began writing and performing ‘Anarchy in the UK’ and ‘Hate and War’. Now white youth, too, had a punk soundtrack that perfectly reflected their disaffection and anger with authorities’ abuse of power.

The first time I interviewed The Clash in their rehearsal studio, I wanted a photographic image to go with their words that exemplified the political consciousness of their musicianship. The band turned to the wall, hands above their heads – no position is a better metaphor for youth’s powerlessness up against state power. My ‘stop and search’ photograph became the cover of The Clash’s first single, the 1977 hit ‘White Riot’.

Nearly 40 years later, thousands of young people across the country are still being stopped and searched, particularly for suspected drug possession. As it was all those years ago, this is still disproportionately carried out against black and ethnic minority youth, as was proven by research Release published with the London School of Economics in 2013.

The advice and information that Release began providing to young people about their rights in 1967 was born in response to aggressive drugs policing and is as needed today as it was in the past. To celebrate this vital work and to help raise funds, The Clash have given Release permission to use the photograph I took in 1976 for “The Release and The Clash ‘stop and search’ T-shirt Special."