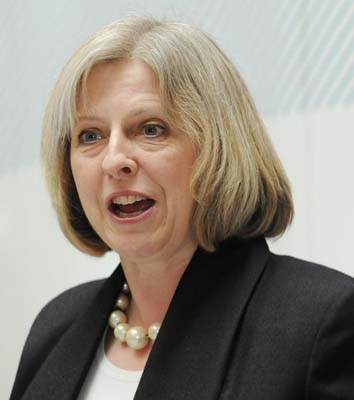 The 30 October 2014 saw a number of MPs gather to debate drug policy on the floor of the Commons, a feat that was successfully secured through the 130,000+ signatories gained via an e-petition The debate was the first ever in the House of Commons to call for an impact assessment and cost benefit analysis of the Misuse of Drugs Act 1971. Led by Caroline Lucas MP from the Green Party and supported by Julian Huppert MP (Liberal Democrat) and Bob Ainsworth MP (Labour) the motion passed, with interesting contributions from MPs from all the main parties.

The day of the debate also saw the publication of a previously supressed government publication - ‘Drugs: International comparators’. Findings from the Home Office report state categorically that there is “no apparent correlation between the ‘toughness’ of a country’s approach and the prevalence of adult drug use” – confirming Release’s position that ending criminal sanctions for drug possession does not increase levels of use. What the report fails to emphasise however, is the long-lasting personal harms that can follow from a criminal record. The criminalisation of people for drug possession can have a detrimental impact on a person’s future employment prospects; educational aspirations and can be stigmatising. The report shows we do not need to take a criminal justice response to drug use and in fact to do so will be condemning more than 70,000 people each year to needless criminalisation.

It was therefore disappointing to see Government respond to their own research in such an incongruent manner, although unsurprising considering the political tensions between the Coalition partners (evidenced by the subsequent resignation of the drugs minister). The Prime Minister responded by saying that drugs policy was working based on the fact drug use is falling. Whilst Cameron is right in saying that drug use is failing, this is primarily driven by reductions in cannabis use, with Class A use remaining stable – however, the report itself states there are various reasons for this decline. More importantly, the success of a drug policy cannot be based solely on levels of use. To say our drug policy is working when last year drug-related deaths rose 21% to 1,957, and deaths where morphine and heroin are implicated rose by 32%, is deeply disturbing.

In the lead up to the debate, and on the day itself, Release and colleagues at Transform were supporting the need for an evidenced based approach to drug policy. Release, through our online platform TalkingDrugs, provided an online tool for people to email their MPs asking them to attend the debate. On the morning of the 30th October, Niamh Eastwood, Release’s Executive Director, attended Parliament to brief MPs highlighting our work around decriminalisation of drug possession and the damage the drug laws do in the UK in terms of the impact on BME communities. Throughout the day the team responded to media enquires advocating for reform of the UK’s drug laws – links to some of these interviews are at the end of this piece if you are interested.

At the same time, a YouGov poll published to coincide with the debate showed 71% of people thought that the current criminal justice approach has failed, with 65% supporting a review to consider the alternatives.

Despite evidence supporting reform - from the government’s own research, as well as public opinion - the two parties still seem unwilling to engage in the public debate, let alone act on the issue. This position is untenable, as the call for reform grows on the domestic front and actual reform is being implemented in other parts of the world including the US, it is not a case of if drug policy reform will happen in the UK, but when.