What Next For Silk Road? 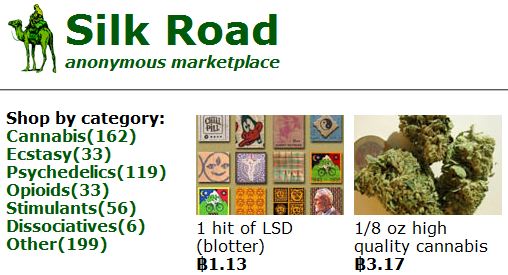 Cocaine deals gone bad, undercover informants, a hired hitman and even a faked murder. All this leads to the capture of a drug kingpin calling himself Dread Pirate Roberts. It all sounds like something out of a TV show, maybe the Wire or Breaking Bad. But this is not fiction. This is real life and it’s all part of the story of the Silk Road online drug bazaar.

In October 2013, Operation Marco Polo (named after the medieval traveler who followed the Silk Road to China) culminated in the arrest of its principle target Ross William Ulbricht a.k.a Dread Pirate Roberts. Ulbricht is believed to be the mastermind behind Silk Road, which quickly became the world’s most popular online drug market (for those unfamiliar, try to imagine EBay for illegal narcotics, legal highs and drug paraphernalia).

Silk Road was hosted in the ‘deep web’ and Ulbricht had gone to great lengths to conceal his identity. Despite his best efforts, eventually the police caught up with him and he is now awaiting trial in the USA. Silk Road was shut down, large Bitcoin (a digital currency with which online transactions were carried out) accounts were seized and arrests of Silk Road distributors and dealers were made across the globe.

A big win for the FBI and associated authorities you might think. But has anything actually been achieved through this operation? Not much it would appear. No sooner was Silk Road shut down then a ‘new and improved’ Silk Road was up and running… with Dread Pirate Roberts at the helm once again and brazenly taunting the authorities. Is this Dread Pirate Roberts one and the same as the man behind the original Silk Road? Is Ulbricht an unwilling patsy set up by an evil super-geek? We may never find out.

Given the lengthy sentences that Ulbricht and the rest of those involved in Silk Road are likely to receive – his trial date has now been set - why are some people out there so willing to step into their shoes? Well here’s a good reason…. $1.2 billion. That is the value of all drug deals that took place on the original Silk Road. Buying drugs from Silk Road is easier than buying drugs on street corners so there will always be willing customers with good money to spend.

When there is that much money at stake there will always be someone willing to step up and take on the mantle. Shut down one operation, another springs up in its place immediately. Sound familiar? It’s the same problem that drug enforcement agencies have come up against time and time again when tackling the cartels, the traffickers and the street dealers.

However, the online market place has to be praised for avoiding precisely what law enforcement agencies constantly battle with: violence. With Silk Road leaving the territorial ferocity behind on the street, law enforcement might want to think twice before it considers the closure of these emerging online markets.

Welcome to the future of the drug trade. It is a road well-travelled.