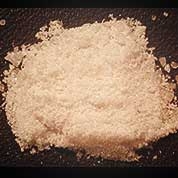 5-MeO-AMT can be dangerous when insufflated (snorted). It is known to interact with a number of medications such as certain anti-depressants and substances such as alcohol.
The most common problem reported with 5-MeO-AMT is overdosing as a result of confusing between AMT and 5-MeO-AMT. These are two different substances but many people, including vendors, have confused the two. 5-MeO-AMT is active at considerably lower doses than AMT.

As 5-MeO-DALT has been around such a short space of time, the long-term implications of its use are not yet known. However, there is one reported case of a user in the US accidentally taking 225mg (11 times Shulgin’s recommended dose) being hospitalised but surviving, within 3 months of Shulgin publishing his data. In 2010 a man in the UK was killed after being hit by a lorry, with the coroner’s verdict being that it was due to him being under the influence of 5-MeO-DALT, but it was claimed that he had snorted around 350mg of the substance. It is therefore wise to stick to known doses and, most importantly, know your own tolerance.

Many of the samples being sold as 5-MeO-DALT that have been laboratory tested in the UK have been found to contain other substances, both legal and illegal, as well as but also instead of 5-MeO-DALT. Users should be very careful about purchasing this substance, and should only buy from trustworthy sources.

5-MeO-DiPT is not known to be as powerful as other 5-MeOs, but the hallucinations it can produce may still be frightening, so it’s important to be aware of how much you take.

5-MeO-MIPT is known to be a mild hallucinogen, but very little else is known about the effects it may have on the brain and body. If you have come across it, treat it with extreme caution and only take very small doses.