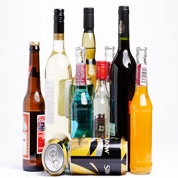 Alcohol is an extremely ancient element of human diet. As well as being a nutrient, it has functioned as a recreational drug, a euphoriant, a medicine, a ritual substance with symbolic and cultural significations, and so on. It played a strong role in Greco-Roman religion, where it was identified with the god Dionysus or Bacchus, and is still used in the Catholic Church as the Eucharist, symbolic of the blood of Christ and a link with the divine.

In pre-modern societies beer and wine were widely consumed; water was often impure and carried infections, while wine was a safe source of liquid. Beer tended to be the drink of the poor, and was in many ways a food as much as a drink, owing to its offering of cheap calories. Beer was consumed for breakfast in medieval and early modern Europe, mixed with oatmeal as a form of porridge. It was also drunk throughout the day; it is likely that many individuals went through life in permanent state of semi-drunkenness; when they drank to get drunk at festivals and celebrations, they tended to get “dead drunk” and did not stop until unconsciousness intervened.

While distillation had been practiced for centuries, the modern age brought new techniques, with improved copper stills and the availability of sugar assisting the process. Aqua Vitae or spirits were much stronger than the traditional beers and wines- they had a higher ethanol content and could be kept for long periods without deterioration. Their use spread rapidly, resulting in the scenes of drunken excess depicted by Hogarth in the “Gin Lane” prints. Whiskey and brandy improved with age, and brandy was added to wines to produce “fortified” wines. Slave-produced sugar from Britain’s West Indian colonies was used to produce rum.

Unlike Western drinks, which have typically been brewed from fruit and grain starches, Far Eastern alcoholic beverages are traditionally fermented from sugars and grains such as rice. Culturally, they have been consumed with food rather than on their own, although recent decades have seen a rise in drinking and socialising subcultures, particularly among young people.