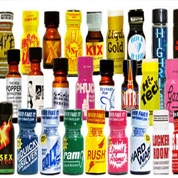 Amyl nitrite was introduced in the 19th Century as a treatment for angina. Poppers became part of the club culture scene in the 70s to the 80s and then 90s in rave scene, where its use became popular. In the following decade, its use dropped again, but it seems to have picked up in the last couple of years.