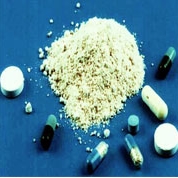 Amphetamines are strong stimulants that induce effects of euphoria, alertness, increased energy, appetite suppression and mental clarity. Due to these effects amphetamines were originally prescribed for slimming purposes, but were later deemed inappropriate due to the long-term side effects. However, certain amphetamines are increasingly being used in the treatment of Attention Deficit Hyperactivity Disorder (ADHD).

Amphetamines can be divided into the following main types:

There are a number of other amphetamine-type substances which we will not deal with here, and methamphetamine is dealt with separately here.

The most common type of amphetamine, and one that is most commonly used recreationally, is the salt form: amphetamine sulphate (‘speed’). It is usually a dull white colour, but may sometimes be other colours such as pink. It is usually sold in small paper packets called ‘wraps’. It is also available in a paste form which is usually white to grey or brown in colour and can be damp and gritty. This is sometimes inaccurately referred to as ‘base’, when it is actually ‘paste’.

‘Base’ should mean freebase amphetamine, which is an oily insoluble substance in water, is produced in the stage before the finished amphetamine sulphate salt and is usually stronger than the salt form.

‘Paste’ is a term given to the salt form that refers to the appearance of putty-like powder when it is damp. Much of the ‘paste’ volume (around 25 to 60%) is retained in a form of solvent, giving it that putty-like appearance.

The reason for the distinction is twofold; one that the paste form of amphetamine can be dried out and adulterated with usually caffeine or sugar, whereas base is much more difficult to cut, and two, consequently because of the first reason, base is usually stronger in purity than paste or salt.

Dexamphetamine is approximately twice as strong, dose for dose, as amphetamine sulphate and can be prescribed in the UK – usually in 5mg tablet form. In the USA, 5, 10 and 15mg spansules (capsule that releases one or more medicinal drugs over time, in the body) of dexamphetamine are occasionally used for treating cocaine addiction.

There is a tendency for dexamphetamine tablets to be crushed for injection in the UK. This is a dangerous practice and should be avoided. For more advice, imcluding reduction, see our 'safer injecting' section here.