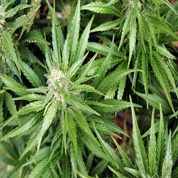 Its use not unlike today can be divided into recreational, ritual and medicinal.

Evidence of the inhalation of cannabis smoke can be found in the 3rd millennium BC, as indicated by charred cannabis seeds found in a central European burial site.

It is well documented that cannabis leaf fragments and seeds were found next to a 2,500 year old preserved body of a shaman in China.

Cannabis is also known to have been used by the ancient Hindus of India and Nepal thousands of years ago.

The most likely etymological root of ‘Cannabis’ was also known to the ancient Assyrians who discovered its psychoactive properties, probably from their border contact with the Indians, using it in some religious ceremonies. They called it qunubu (meaning "way to produce smoke"). Herodotus notes that the Scythians, a feared tribal group of horse archers,  used to carry and burn the leaves and seeds which they burnt in fires and funeral pyres.

Cannabis was used medicinally across the Arabic world in pre-Roman and Roman times.

In the 11th century, it is reported, probably without a shred of truth (at least judging from the effects mentioned in the tale), that the word assassin comes from the Arabic word haschishin for hashish user.

The story is that al-Hassan ibn-al-Sabbah used hashish to enlist the aid of young men into his private army known as assassins (aschishin - or follower of Hassan). One of the primary sources for this information comes from the writings of Marco Polo who visited the area 150 years after the reign of Al-Hassan. The story is repeated widely in the 20th century work of William Burroughs, but probably because of its potency as a homo-erotic fantasy and the theme of control is a constant in Burroughs’ own work.

'The Old Man kept at his court such boys of twelve years old as seemed to him destined to become courageous men. When the Old Man sent them into the garden in groups of four, ten or twenty, he gave them hashish to drink. They slept for three days, then they were carried sleeping into the garden where he had them awakened. When these young men woke, and found themselves in the garden with all these marvellous things, they truly believed themselves to be in paradise. And these damsels were always with them in songs and great entertainments; they received everything they asked for, so that they would never have left that garden of their own will.

When the Old Man wished to kill someone, he would take a young man and tell him they could return to Paradise if they entered his service and followed his instructions or died in his service’.

The website Erowid sums up; ‘Hassan, in fact, was a hashish prohibitionist. He argued that the Koran's ban on alcohol was a ban on all intoxicants, so his assassins were drug free terrorists.’

You can draw your own conclusions.

The story of Shakespeare’s (alleged) pipes containing traces of cannabis is well known and some scholars have sought to find a direct reference to cannabis in the sonnets, particularly number 17. It does however imply that in certain artistic circles, cannabis was not unknown, another nice commonality with our own age.

Cannabis appears in a number of major European works of art in the 17-18th century, for example in the sailor’s section of ‘The Count of Monte Christo’ (although the section was heavily abridged in many versions).  Napoleon banned the use of hashish among soldiers, with whom it was becoming popular during his ill-fated Egyptian campaign. In fact, the pharmacy records from Balmoral under the reign of Victoria, a hundred years later, were twice prevented from public disclosure due to the significant quantities of drugs, including tincture of cannabis that the Queen used, ostensibly for cramps, but also possibly for solace after the death of her husband.  Traditionally, British drug laws have been among the most liberal in terms of the state not interfering with the adults decision to use drugs, but  the Amendment to Dangerous Drugs Act 1920 made possession of cannabis an offence, albeit one that was not too enthusiastically applied, particularly among the upper classes.

Cannabis was criminalized in various countries beginning in the early 20th century. In the United States, the first restrictions for sale of cannabis came in 1906 and in the United Kingdom in the 1920’s although the drug was available on prescription here. In 1925 a compromise was made at an international conference in The Hague about the International Opium Convention that banned exportation of "Indian hemp" to countries that had prohibited its use, and requiring importing countries to issue certificates approving the importation and stating that the shipment was required "exclusively for medical or scientific purposes". It also required parties to "exercise an effective control of such a nature as to prevent the illicit international traffic in Indian hemp and especially in the resin".

In the United States in 1937, the Marihuana Tax Act was passed, and prohibited the production of hemp in addition to cannabis. The reasons that hemp was also included in this law are complicated. Racism played a part, as the drug was seen as a non-White Anglo Saxon vice. The alcohol lobby recovering from their own prohibition had an influence, as did significant vested interests in timber that saw hemp as a threat to paper in the news industry and William. R. Hearst ('Citizen Kane') consequently believed that his extensive timber holdings were under threat. A new synthetic fibre, nylon, was being heavily promoted and it is believed that the replacement of hemp, was integral to the new product's success.

After the repeal of alcohol prohibition in 1933, Harry Anslinger, of the federal Bureau of Narcotics, turned his attention to pot. He told of sensational crimes reportedly committed by marijuana addicts. "No one knows, when he places a marijuana cigarette to his lips, whether he will become a philosopher, a joyous reveller in a musical heaven, a mad insensate, a calm philosopher, or a murderer," he wrote in a 1937 magazine article called "Marijuana: Assassin of Youth." Note the return of ‘Assassin’.

This hysteria was captured in the propaganda films of the time — most famously, "Reefer Madness," which depicted young adults descending into violence and insanity after smoking marijuana. The movie found little audience upon its release in 1936 but has since become a cult classic.

As the conformity of the post-war era took hold, getting high on ‘tea’ (hip-speak for marijuana) and other drugs emerged as a symbol of the counter-culture revolution, with Jazz musicians and the ‘beatniks’ as the cool face of stoned.

The Vietnam war polarised America beyond the pro or anti war debate. The widespread, open use of marijuana by hippies and war protesters from San Francisco to Woodstock exposed the exaggerated claims so many had made about marijuana’s relation to violence. Around this time, cannabis becomes widely used, (if it had ever ceased?) by many people in the creative industries, art and music scene and at colleges, art-schools and universities across the UK. The popularity of Reggae music (and later on Hip-Hop) further enshrined the idea that cannabis is a harmless recreational drug which continued through the late 1970s and early 80s and the drug, was enthusiastically embraced, along with MDMA by the ‘rave generation’.

Across this period, cannabis use becomes part of the not paticularly hidden mainstream of recreational substance use. Drug testing companies have also noted the ubiquity of cannabis postives in patients treated for other drugs, such as heroin.

‘Cesamet’ (THC in a capsule) was also trialled as an appetite stimulant among HIV positive patients in London and the therapeutic use of cannabis in the UK begins to be taken seriously by medical researchers. A trial for MS patients was piloted at St Thomas' Hospital, using the THC only variant of 'Sativex' in the late 1990's.'The Brixton experiment' (an area of South London which has a high percentage of 2nd/3rd generation British people of Afro-Caribbean descent) permitted the use of cannabis (unless 'blatant' or under-age ) which translated the existing de facto ubiquitous local use of the drug to a temporary de jure. There was a widespread media backlash, but as young people don't read the Daily Mail or Express, they were not greatly bothered, although the experiment was phased out in 2002. While the debate about potential developmental/psychological problems associated with cannabis endures, the medical benefits, particularly in analgesia have become established. Users had been extolling the potential benefits for what did we say earlier? About 3000 years.