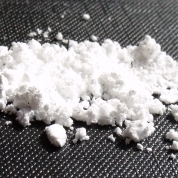 Within the UK, concerns about increasing recreational phenazepam use were initially raised by the Scottish Primary Care and Community Directorate in 2010. Later that year, 5 young people from the Scottish Borders were admitted to hospital follwing overdoses.

A warning from North Wales police in January 2011 was issued to warn residents about local drug dealers passing off large quantities of phenazepam as Valium (diazepam).  The danger in situations such as this is that people may take larger amounts of phenazepam while unaware that what they are taking is around 20 times more potent than what they believe they are taking.

Since it takes between 2 and 4 hours before the peak effects of phenazepam are seen, there is a tendency for users to re-dose before effects of the initial dose occur.

It is important to avoid early re-dosing because the high potency of phenazepam greatly increases the risk of overdose.  Overdose risk is further increased if phenazepam is taken with other drugs and/ or alcohol.

Tolerance and/or dependence can develop relatively quickly with repeated phenazepam use.  Stopping use at this stage can induce a withdrawal syndrome with symptoms such as severe anxiety, panic attacks, insomnia, tremors and (potentially) convulsions.