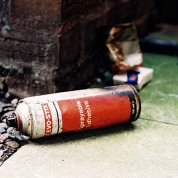 Solvents have been known and used as fuel, medicines, and cosmetics as well as for many other purposes since ancient times. The burning of herbs and spices to produce vapours is arguably one of the earliest uses of substances as inhalants. The Industrial Revolution made both their usefulness and reproduction much more widespread; ‘inhalant parties’ were popular in the 19th century, and the use of ‘laughing gas’ (nitrous oxide) was even famously promoted as an ‘entertainment’ to massed audiences. Soldiers fighting in the First World War are known to have used petrol as an inhalant to distract them from the horrors of the conflict.

Modern use of commercially produced solvents (sometimes referred to in the media as ‘glue sniffing’, even though it can in fact involve a number of substances) dates back to at least the 1950s, but there are few records of it in the UK before the 1960s. Perhaps the most famous period/subculture to have embraced them was the punk movement; in fact, one of the most influential fanzines was called ‘Sniffin’ Glue’ (1976-77), the title coming from a Ramones song.

Today, largely due to the widespread availability of the substances involved, recreational solvent use is mostly associated with teenagers who are too young to purchase legal forms of intoxication (such as alcohol) and find it difficult to access other substances. Various laws have been introduced since the mid-1980s to raise the age at which it is legal to purchase many solvent-containing products in an attempt to cut off this route of access for young people.