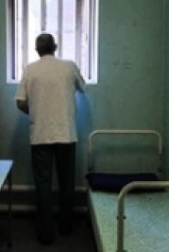 Release has responded to the Sentencing Council's Consultation Paper on sentencing for drugs offences.  We welcome the aim of the Council to achieve consistency in sentencing for such offences. In particular, we strongly welcome the recognition that 'drug mules' are often vulnerable individuals who sentences should not be commensurate with those who are instigators of the drugs trade.

It is shocking that someone who subjects their victim to the humiliating experience of rape will receive a shorter sentence than someone who imports 500g of heroin or cocaine (based on the Council's proposals).  Whilst it can be argued that there is a risk of harm to the wider public in importation cases, this is a presumed harm in each instance rather than the direct proven harm in rape, GBH and robbery.

The lack of consistency continues in the grouping of quantities of drugs into categories, which sees no link between the amounts and the relative harms.  The proposals would see Ecstasy with a street value of just £200 sentenced in the same way as £4000 worth of heroin.  Release strongly calls for a working group made up of experts in the field to determine the correct quantity threshold based on evidence.

We have also submitted that medical use of a drug should be included as a mitigating factor, as the persecution of people with serious health conditions cannot be in the interests of justice.

In our experience, it is essential that any new guidelines are proportionate and fair and in order to achieve this they must be based on the evidence and hence the realities of the drugs trade. The proposed guidelines reflect a move in this direction but more work needs to be done to ensure sentencing reflects the real harms to society.