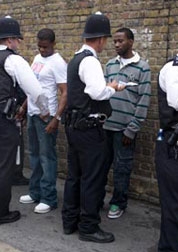 Release submitted to the Lammy Review of Black, Asian and Minority Ethnic (BAME) representation in the Criminal Justice System in June 2016.

The review was set up with the intention of finding out why official figures show that BAME groups appear to be over-represented at most stages of the criminal justice system, and what can be done about it.

Release believed the terms of the review were fundamentally flawed, ignoring as it did the policing of BAME communities and in paritcular the use of stop and search which is a driver of racial disproportionality at every single point of the criminal justice system from arrest.

The findings of the review will be published in early 2017.