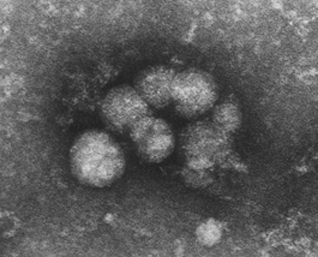 Hepatitis is a disease characterized by inflammation of the liver. There are several types of viral hepatitis, known as A, B, C, D and E. Hepatitis D is linked to hepatitis B and is not considered as a separate type of its own any longer.

Hepatitis A and E are spread by faecal contamination and are rarely considered blood borne pathogens.

The other hepatitis viruses are blood borne, and both hepatitis B virus (HBV) and hepatitis C virus (HCV) present the greatest risk for drug users.

An effective vaccine exists to prevent hepatitis B infections.

In most cases, hepatitis C causes no noticeable symptoms until the liver has been significantly damaged. This can take many years and consequently, as most drug dependent people are not overly concerned with the long-term future, can remain undiscovered for long periods.

Hepatitis C was first discovered in the 1980s when it became apparent that there was a new virus (‘non A, non B’) causing liver damage. Before being properly identified in 1989 it was originally known as non-A non-B hepatitis. In 1991 a screening process was developed making it possible to detect HCV in blood samples.

In hepatitis C there are 6 major variations of the virus, labelled 1 to 6. These are known as ‘genotypes’. Different genotypes predominate in different parts of the world. It is possible, although rare, to be infected with more than one genotype at the same time.

A hepatitis C infection can be categorised into two stages. The first stage is acute infection (following initial infection). The second stage is chronic infection. The acute stage refers to the first 6 months of infection and does not necessarily result in any noticeable symptoms. For the majority a chronic (long-term) infection will develop. The severity of symptoms varies from individual to individual.

When symptoms occur they are usually flu-like and include fatigue, mild fever, muscle and joint aches, inability to tolerate food, nausea, vomiting, abdominal pain, diarrhoea, and jaundice. Chronic carriers of HBV may develop a chronic hepatitis that may progress to fibrosis, bridging fibrosis and cirrhosis or liver cancer and may be fatal. Carriers remain infectious to others, so cross contamination remains a risk.

There are different treatments available but the rates of success and the rates of treatment compliance paint a complex picture. For example, it is strongly evidenced that while visiting a nurse specialist at a treatment centre actually adds nothing to the medical treatment, protocols that include personal contact and medication do much better than unsupervised medication. Medications where there are some negative side effects appear to show better compliance and results to more easily tolerated medication. Hep C sometimes comes under different hospital specialisms, so depending on where you live you may be looking for the sign to Hepatology, Virology or perhaps, Gastroenterology.

At the beginning of 2012, NICE approved of two new drugs for the treatment of hepatitis C – Telaprevir (Invico) and Boceprevir (Victrelis).  Another drug, Sofosbuvir, is being clinically trialled. It is important to remember that these new drugs are taken both with and separate from the older drugs - Interferon and Ribavirin. They are also only presently for those with Genotype 1. However, as of early 2014 in the UK, this is changing.

Sofosbuvir treatment regimens last 12 weeks for genotypes 1, 2 and 4, and 24 weeks for treatment of genotype 3. This is typically half the time as with prior treatments. The side effects appear to be better tolerated (anecdotally) and the results are very promising. In April 2014 it was announced that a Phase 3 clinical trial in Japan produced a positive decrease in the virus after 12 weeks in 97% of patients with genotype 2. In August 2014, NICE issued draft guidance that Sofosbuvir should be considered as a treatment option for some people with hepatitis C. It is hoped that this will be upheld in the final recommendations to the NHS.

If NICE recommends any treatment it means they are now available on the NHS. If your clinician decides they are appropriate and you want this treatment, it should be available to you.

These newer treatments are currently taken in conjunction with pegIFN and RBV. This is known as triple or combination therapy. These treatment regimens are usually 24-48 weeks but may be shortened in a significant number of patients who have a very rapid response. Future therapy courses are likely to eliminate the need for combination with the older interferon and ribavirin treatments.

The majority – but not all - patients undergoing hepatitis C treatments experience serious side effects. These may include weight loss, headaches, joint pains, and sleeplessness, loss of mental clarity, irritability, depression and fatigue. Before you begin treatment a specialist nurse or clinician should explain all the possible side effects in detail and provide advice as to how to minimise their effect.

Treatment has also been shown to reduce both inflammation and fibrosis, this even happens in patients who do not have a ‘Sustained Viral Response’ (SVR), although only in about half the number of cases. It is quite possible to get previously erratic liver function tests to return to normal limits without clearing the virus entirely. Groups of patients are ‘non-responders’, ‘responders/relapsers’ and ‘responders’. The terms are largely self-explanatory. As the treatment progresses the amount of virus in your system is reduced (it can now be tracked to minute amounts). For example with HCV, it is not unusual for a person to go from 1,000,000 units of virus (virions) per µL/ blood to less than 10. Even in cases of cirrhosis (considered as one of the end-stages of liver damage), which until recently was believed to be irreversible, there is evidence that it can sometimes be reversed with the right treatment.

Advances in measuring small amounts of virus can now detect less than 10 (virions) per µL, so whereas once <10 virions was ‘undetectable’, implying clearance, it can now be classified as unquantifiable but present. This brings up the issue that a small number of ‘responder/relapsers’ may not have been complete responders and may not have cleared the virus, only for it to return later, but may have retained very small amounts in the blood. The question is now, if it is cleared from the blood but returns (without re-infection) where it does abide? In bone marrow? In brain tissue? At the moment we do not know.

Co-infection, where someone has another infection like HIV or hepatitis B alongside hepatitis C, can cause complications such as one infection masking the effects of the other, but should not be a barrier to receiving treatment for hepatitis C. EASL (European Association for the Study of the Liver) 2014 guidelines say ‘Patients [with HIV and hep B co-infection] should be treated with the same regimens, following the same rules as HCV mono-infected patients’. However, patients with co-infection will need extra specialist care to monitor the stages of both infections, as long-term illnesses can progress more rapidly than with one.

Never share any injecting equipment –this includes ‘front-loading’ and ‘back loading’, squirting/decanting liquid from one syringe to another either via the plunger end or the needle end of the barrel. Virus can be spread from spoons, cottons, shared water and even from dividing drugs up on a grimy congested surface. Clean the preparation surface with an alcohol swab. As soon as you are finished with the syringe put it in a ‘cin bin’, you do not want to get ‘stoned’ and leave it around. Coloured ‘nevershare’ syringes help prevent confusion. Return your sharp bin to the pharmacy or exchange. Always make sure you get enough needles and barrels, if you use or are planning to use a short-acting drug (e.g. cocaine) you need to consider how many sets you require. If you really decide you have to re-use remember: rinse through with cold water, then weak bleach, then repeat with a final cold water rinse. Also for vein preservation, use the smallest needle that you can with a low capacity barrel, a 1ml or 2 ml is sufficient.

Remember that the risk is blood to blood, so if your sexual preferences include activities where this is possible you will require extra prophylaxis. Don't pass a straw or note around if you are snorting drugs. Also remember that alcohol damages your liver particularly as the product coca-ethylene (formed from a combination of alcohol and cocaine in the stomach). Theoretically HCV can be contracted through sex, although the incidence is actually rare, unless the act encompasses ‘rough’ sex, involving an increased risk of blood to blood contact. Be aware of keeping your toothbrush separate if you have Hep C and always clear up any blood spillages with bleach and wipe clean disposing of tissues and wipes appropriately. The virus has been known to survive under optimal circumstances for months in laboratory conditions and while it will perish rapidly elsewhere, there is a slim chance of ‘environmental’ contamination.

Diseases that are not usually transmitted directly by blood contact, but rather by insect or other vectors, are more usefully classified as vector-borne disease, even though the causative agent can be found in blood. Vector-borne diseases include West Nile virus and malaria. Although more commonly recognized as a Sexually Transmitted Disease/Infection (STD/STI), Syphilis is also a BBV.

Viral Haemorrhagic Fever (VHF) refers to a group of illnesses that affect multiple organ systems. Bleeding, or haemorrhaging, can be a major symptom of these diseases. Insects and rodents are known hosts of VHFs but the hosts of some VHFs are unknown. Ebola and Creutzfeldt-Jakob are two of the most well-known and dangerous VHFs.