Drugs in the Time of COVID: Interim Report 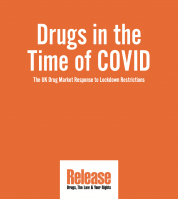 Download Drugs in the Time of COVID: Interim Report

Since the beginning of the first national coronavirus lockdown, Release has operated a public, online survey designed to monitor how people are buying their drugs. The purpose of this survey, which is open to anyone residing in the UK over the age of 18, is to determine the impact that the COVID-19 pandemic, and corresponding restrictions, have had on buying illegal substances. In the same way that the COVID-19 pandemic has profoundly impacted all aspects of our lives, it is reasonable to expect that with lockdowns and global restrictions on movement, the drug market will also be impacted.

The survey is still live and can be accessed here

This interim report presents findings from the first 2,621 responses, received between the survey’s launch on the 9th April 2020 and the 17th September 2020 (inclusive); which captures drug purchases made in anticipation of and during the first national lockdown, as well as purchases made during the easing, and eventual lifting, of that first lockdown.

Findings from 18th September 2020 onwards, and overall, will be published in the final report in May/June 2021.

Reports of price(s) being higher than they were prior to the pandemic were more frequent than reports of prices being the same or lower. Higher prices were more often reported as the first national lockdown eased and lifted – an observation consistent with supply shortages.

The majority of respondents reported that the purity of their purchase remained the same (and for some, actually increased). This is consistent with suppliers responding to drug shortages by increasing prices and perhaps reducing deal-sizes, as opposed to using adulterants to bulk out products.

Purchases of cannabis products were most commonly reported across all periods of the pandemic (7 in 10 purchases overall), as expected. We found relatively infrequent purchases of MDMA/ecstasy, and other drugs associated with going out/partying - consistent with fewer opportunities to socialise related to pandemic-related restrictions.

In connection to almost two-thirds (62%) of drug purchases made during lockdown, respondents reported that their suppliers adhered to government-advised social distancing measures. There is evidence that some suppliers also adopted additional measures, similar to those adopted by licit markets (for example, accepting card payments and disinfecting cash), in order to further prevent virus transmission. 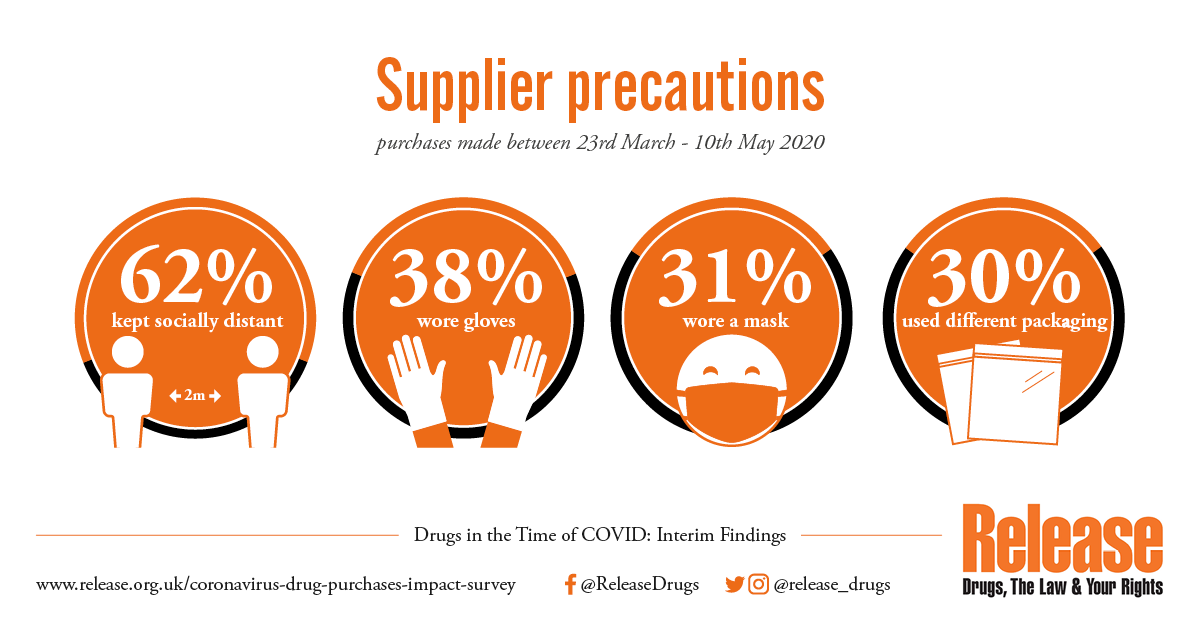 More respondents reported that their drug use had increased, rather than decreased or stayed the same, since the start of the pandemic. 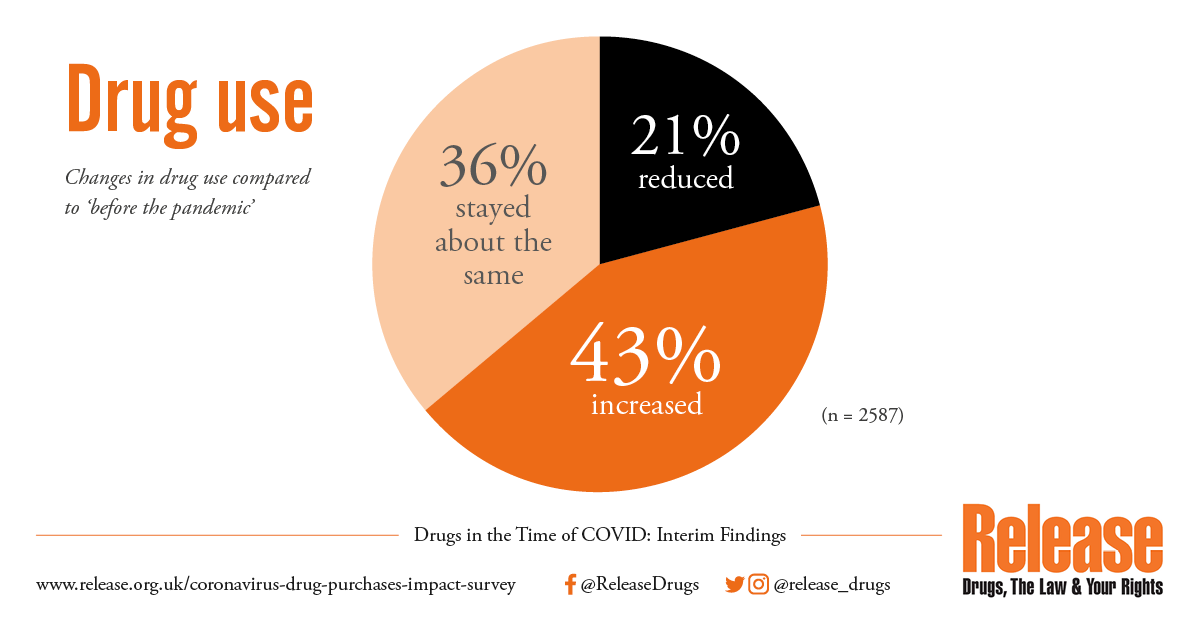 When comparing their experiences to before the pandemic, more respondents reported increased contact with the police than reduced, or the same level of, contact with police.

When comparing their experiences to before the pandemic, more respondents reported experiencing increased withdrawal symptoms, increased non-fatal overdoses, and increased injection equipment-sharing, than reduced, or the same level of, these harms. 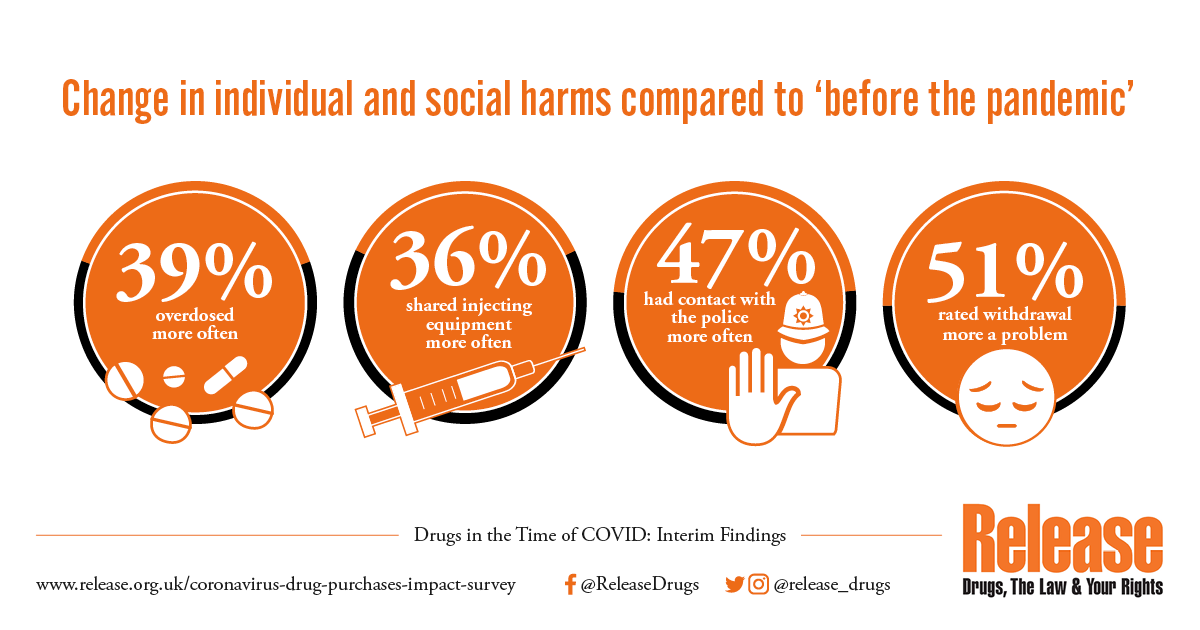 The survey is still live and can be accessed here.