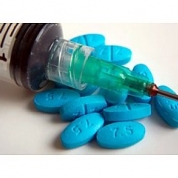 It has been suggested that the roots of interest in boosting strength or endurance capacity by supplementing the human hormonal system through ingesting the testicles of animals of power or endurance such as the bull or goat before dangerous or arduous physical tasks lies in the ancient world.

It was not until 1931 that a German chemist, Adolph Berthold, discovered the hormone androstenone by extracting this hormone from urine. It was already known that the testes contain a more powerful androgen than androstenone. This hormone was first identified in a May 1935 research paper called ‘On Crystalline Male Hormone from Testicles (Testosterone)’. They named the hormone testosterone, from the stems of testicle and sterol and the suffix of ketone. The chemical synthesis of testosterone was achieved in August that year, when Butenandt and G. Hanisch published a paper describing ‘A Method for Preparing Testosterone from Cholesterol’. Unfortunately for them, a race had developed in three counties by competing scientists for this breakthrough and it was the German pair of Ruzicka and Butenandt who, although pipped to the publishing post, were offered the Nobel Prize for this ground breaking achievement.

In a nice slice of irony, the Nazi administration suggested they refuse (the award was accepted post-War), while it appears that Hitler himself, according to his physician, was injected with testosterone derivatives to treat various ailments.

In a variant on the USA/USSR Cold War competition, Dr John Ziegler, the U.S Olympic team doctor, developed methandrostenolone, which is known as Dianabol or ‘d’bol’. Ciba Pharmaceuticals was the first to market Dianabol in 1958, although its competitive use pre-dates this. Unfortunately, Ziegler soon discovered that those having over-used Dianabol suffered from enlarged prostates and atrophied testes.

The issue of ‘doping in sport’ has rarely been out of the news since then, as trainers and team doctors devise new compounds and masking agents. Steroids are commonly used in cycles by people looking to ‘bulk up’, by competition body builders and by people with body dysmorphic issues.