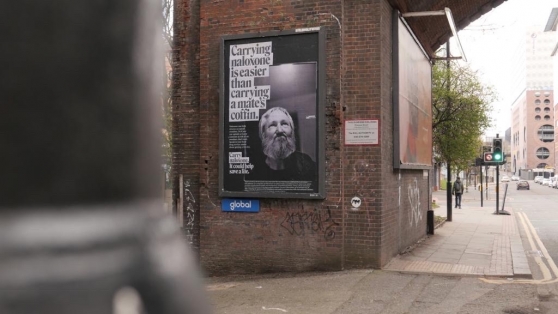 The recent naloxone and overdose awareness campaign launched in the UK has stimulated an important conversation amongst many: what is naloxone? Though patented back in 1961, it is only now, in the midst of an opioid epidemic, that naloxone is beginning to assert itself within the general public.

Naloxone is a life-saving antidote to an opioid overdose, whereby its pharmacological profile allows it to safely reverse the cardiovascular and respiratory depression associated with an opioid overdose. It is a prescribed medicine in the UK which comes in 3 FDA approved forms: injectable, auto injectable, and most recently, as a pre-packaged nasal spray. However, drug services (e.g., a needle syringe program) can supply it without prescription to those in need of it. A minimum requirement of training is required to obtain naloxone, but this is relatively uncomplicated. Training covers the basics of how to identify an overdose, respond, and the need to call an ambulance.

Pharmacologically, naloxone sounds perfect – easy, safe and incredibly effective in reversing an overdose; however, there are several public misconceptions and myths around naloxone that may hinder its positive effect. This piece therefore covers a variety of common myths relating to naloxone and debunks them. We also speak with a volunteer working with Peter Krykant’s mobile safe consumption site in Glasgow, Scotland to assess how naloxone can be given empathically in order to reduce harms for the person overdosing.

#1 – Naloxone is not an opioid treatment, neither is it a long-lasting antidote.

Though naloxone can reverse the respiratory depression associated with an overdose (it’s an opioid antagonist), it is by no means a treatment option for opioid use. It is therefore a short-term fix, a plaster if you like, and it quite literally onlyreverses the overdose; but even then, it is only able to do this for a short period of time. Although naloxone is distributed quickly around the body (1-2 minutes for intravenous administration, 3-7 minutes for subcutaneous or intramuscular administration), it does not stay in the body for long, meaning the duration of naloxone can be shorter than other opioids.

This is not typically a problem for heroin users because heroin is relatively short-lasting, so it has usually dissipated by the time the naloxone wears off, but this can be an issue for other opioids if the naloxone wears off before the particular opioid has dissipated. In such a scenario, the person can go back into respiratory depression (i.e., the overdose). This may require another naloxone dose to be given and it is important that someone stays with the person to monitor them and call an ambulance.

#2 – Naloxone does not cost too much to distribute.

Contrary to popular opinion, naloxone is not expensive to distribute. It costs around £8 to distribute intramuscular naloxone in the UK per prescription, and this initial investment is more than paid off whereby naloxone distribution is suggested to reduce overdose deaths by 6.6% in the UK. Numerous papers have echoed this - the cost of naloxone is “modest” in return for its highly effective ability to reverse an overdose, and with little risk.

#3 – Naloxone can be carried by anyone, not just people who use drugs.

You do not need to be a person who uses drugs to carry naloxone. The UK government outlines that drug services can supply naloxone to:

However, they also state that “in an emergency, anyone can use any available naloxone to save a life” thus highlighting that it truly can be administered/used by anyone and everyone.

#4 – Naloxone can reverse a fentanyl overdose.

That’s right, naloxone is effective for reversing fentanyl overdoses, however, because fentanyl is so potent (50-100x more potent than morphine) multiple doses of naloxone may need to be given. It is especially important to stay with the person overdosing and call an ambulance if you suspect it is a fentanyl overdose, because as we know, the naloxone may wear off.

#5 – You may have just saved a life, but not everyone responds to this gratefully.

And this is entirely understandable – in a hospital setting, naloxone is typically given in a low, titrated dose, meaning that medical staff are able to reverse the overdose whilst also minimising withdrawal symptoms. However, in a non-medical setting (e.g., on the street) this is less feasible. Naloxone is given in a standardised dose (e.g., nasal spray is pre-loaded with this dose of naloxone), which must be strong enough to reverse an overdose for anyone. This therefore places less priority on reducing withdrawal effects, and more priority on ensuring that the naloxone is actually strong enough to reverse the overdose. This raises an issue because whilst it ensures that someone who is overdosing will survive, the withdrawal can sometimes be severe. Though easy to balance in a medical setting, you can imagine that for some, this dose may be higher than necessary, resulting in worse withdrawal.

Given that withdrawal, especially from opioids, is incredibly unpleasant (e.g., nausea, anxiety, muscle cramps) it is no surprise that someone just given naloxone may be angry that you took them out of their ‘high’ and into a state of withdrawal. It is therefore essential for take-home naloxone programs to provide training on how naloxone-carriers can deal and respond to ‘anger’ that may arise from an overdose reversal, as this reaction can sometimes be surprising and unexpected. It is also equally important to be able to give naloxone in an empathic and understanding manner in order to reduce any negative effects.

#6 – It’s important to be there when they come round.

I was fortunate enough to have a conversation with a medical student who is currently volunteering with Peter Krykant in his mobile safe consumption room in Glasgow.

Gemma (changed name for anonymity) shared 2 incidents where she administered naloxone (intramuscular) on the street. She recounted these experiences as “comfortable” and “positive”, but she also described feeling “anxious” and said it was “difficult to know when to give it and if you’re making the right call.” However, Gemma said she would definitely administer it again, and that the “benefits [of naloxone] far outweigh the risks”. When asked about how to give naloxone empathically, she said it’s important to “be there when they come around” and “make sure they are warm, well supported and explain why you gave the naloxone and that they are doing ok”.

Gemma’s experiences speak to both the safety and ease of application of naloxone, but also importantly highlights a difficult decision-making process that can often lead people to second-guess themselves. However, it is important to note that naloxone is “unlikely to do significant harm”, so if in doubt, administer the naloxone, and strive to ensure this is done in an empathic and understanding manner.