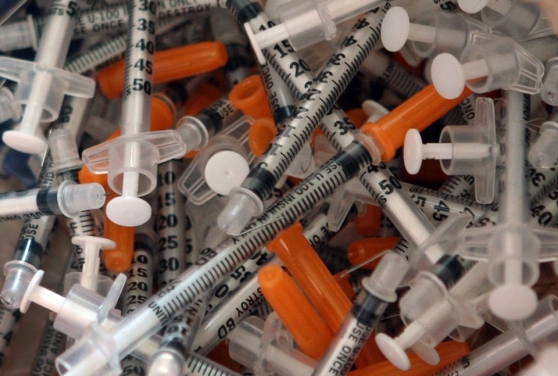 The latest report on deaths by drug poisoning was released by the Office for National Statistics (ONS) earlier this month, with barely a peep from the media. Surprising, considering there has been a considerable leap in the number of people who have died compared to the last couple of years. Looking at the statistics in more detail uncovers some confusing and syllogistic attempts at explanations.

There are a considerable number of issues with this report and its conclusions, but I will limit my thoughts to the heroin/morphine figures specifically, as these seem to be the most shocking; a staggering 32% more people died compared to the previous year. Why such an increase? The ONS suggests that the increase in heroin related deaths may be as a result of a 5 -10% increase in purity of street heroin, they state:

‘This increase in street purity after a time of lower purity may partly or wholly explain the increase in heroin related deaths in 2013, as users may have had reduced tolerance to the drug.’ (para 2, p23/42)

There are two fundamental problems with this statement. The purity data is inaccurately referenced[1], and also, the conclusion that an increase in purity has caused this is simply untrue. Why is a purity increase of 5% not related to deaths? Firstly, there just is not enough of a consistent relationship between purity and overdose in fatal toxicological reports. Deaths occur most commonly in people in their 30s, who are dependent, tolerant, long-term injecting users, and so purity variations would not greatly impact this group of people.[2]

Let’s also look at the stats provided by the ONS report in question; the female mortality rates have increased steadily over the last four years. This covers the period of the ‘Heroin Drought’[3], where a purity decrease was seen, and therefore, negates the argument (ignoring the mistake) that a 5-10% increase in purity played a role in the rise in heroin-related deaths. Surely, we would see a fluctuation in female heroin-related deaths over this time period if this was the case?

Having looked at the explanations provided by the ONS, I would like to provide another possible explanation of what might have happened. This is not an easy challenge, and one that I think is contentious and highly politicised. First of all, it is important to highlight the time period of the data collation – the report suggests that due to delays in coroners’ reports (again, an unexplained phenomenon), some of this data does not actually come from 2013, but 2012. Okay, so taking that into account, what was going on in the latter part of 2012 and throughout 2013? We were (and still are) seeing great swathes of changes to drug service provision. The Recovery Roadmap[4], released only two years prior, had started to emerge as integral parts of drug treatment providers’ service of care, funding cuts, service closures/tendering, and many other issues were arising. Release’s own Drugs Helpline has, since then, seen a much greater number of callers in relation to service exclusions, ceasing of maintenance prescriptions or forced reduction regimes. This is currently anecdotal information, but is in the process of becoming more substantial information for dissemination (watch this space).

The now defunct National Treatment Agency (NTA) states that there was a reduction in people first presenting at, or returning to treatment services between 2005-06 and 2011-12, which many people conclude is in relation to an ageing heroin-using demographic and/or lower prevalence of drug use in general. I will start with the latter point; this is true and false, depending on which organisation you chose to take your information from, or whether you agree that prevalence data is absolutely to be trusted. The ONS report references the Crime Survey of England and Wales, which concludes that heroin use has not changed since records began. The NTA reference the Centre of Public Health (Liverpool John Moores University) report of 2011-12 for England which claims that heroin use has decreased over the last five years and hence the decrease in people first presenting at treatment services. Other organisations such as the EMCDDA and the UNODC are also observing this dip in heroin use. We, at Release, also note that drug trends can vary over generations, and tend to be cyclic but, nevertheless, overall, it seems that fewer people are turning up at services, and whether that is because, allegedly, fewer people are using heroin or whether services are more restricted in providing the types of services required, I cannot say.

Returning to the former statement, in relation to an ageing heroin-using demographic being the driver for heroin related deaths, this can be dismissed by looking at the ONS report itself; 68% of drug-related deaths in men aged 30-39 involved an opiate. The second and third highest age groups in male drug-related deaths were 40-49 and 20-29, and for women, the highest two age groups were 30-39 and 40-49. The same commonalities between the age groups can be seen in the previous 2 to 3 years, which shows that this is not related to an ageing demographic.

The other criticism of this report is its weak analysis of the female data. There are a number of significant patterns that can be seen in the female data, such as the steady increase in deaths over the years and the higher proportion of female deaths associated with prescription drugs compared to illicit drugs that are simply not examined in enough detail. Furthermore, the key findings describe the three highest increases for men as heroin/morphine, benzodiazepines and paracetamol. The key findings do not address which drugs are driving the increases across female drug users or both genders. Consequently, this leaves the picture looking differently when we look at the data for both genders (table 6a of the report); where the highest increases for drug related deaths are heroin/morphine, tramadol, codeine and other opiates (no explicit definition of what ‘other’ opiates are).

As I have demonstrated we have real concerns about the data itself and the focus of the data. At a time when fewer people are turning up at services, and allegedly fewer people are using heroin and there has been no significant change in purity of street heroin, we would expect a lower rate of mortality associated with the drug, and not, as we are seeing, a worryingly substantial increase.

Without an attempt at a reliable explanation of these figures, we cannot address, and therefore, prevent these figures from remaining as they are.

If we look in slightly more depth at the SOCA figures for the previous few years, whilst there is a clear sign that the ‘Heroin Drought’ was a real phenomenon, with ‘street’ purities dropping from a reported 46% in 2009/10 to 19% in 2011/12, it is apparent that the levels have only begun to re-stabilise in the last couple of years, with SOCA stating that ‘at street dealer level the purity of heroin was mostly between 15 and 20%’ (p12, Annual Report 2012/13). The use of an ambiguous and unverifiable term like ‘mostly’ makes it hard to assess the actual trends, but the overall impression is that purity levels have slowly (and perhaps with some blips) been recovering from the teens to low twenties to around the 25% last mentioned, rather than the jump suggested by the ONS report. It is also interesting to compare this with the data of LGC Forensics, who analyse many of the drugs seized by law enforcement agencies, which gave an average overall heroin purity in the period Jan-Mar 2013 of 27%, with small (less than 0.3g) ‘street’ deals averaging 29%. This, if anything, suggests purity levels are more fluid than has been previously acknowledged, and that the ‘recovery’ from the drought is a gradual process that is unlikely to have had a big impact on the experiences of regular users. (Thanks to Daniel Williams, also from Release's Drugs Team, for this SOCA analysis).

[1] When it comes to the purity issue, the figures quoted by SOCA (the Serious Organised Crime Agency, now replaced by the National Crime Agency) are also misleadingly worded. The report states that ‘SOCA reports claim the street purity of heroin fell from 46% in September 2009 to around 15% to 20% in 2012/13, before increasing again in 2013/14 to 25%’ (para 2, p23/42). However, if we read the actual SOCA Annual Report from which this comes (https://www.gov.uk/government/uploads/system/uploads/attachment_data/file/330516/SOCA2013-14.pdf) it states ‘Purity levels of heroin detected at the UK border remained at around 50%, while purity at street dealer level remained at around 25%’ (p8). Note the key difference here: remained at 25%, not increased to. See appendix for further analysis of SOCA

[3] http://www.theguardian.com/society/2010/nov/21/heroin-shortage-uk-overdose-users This article was based on information provided by Release