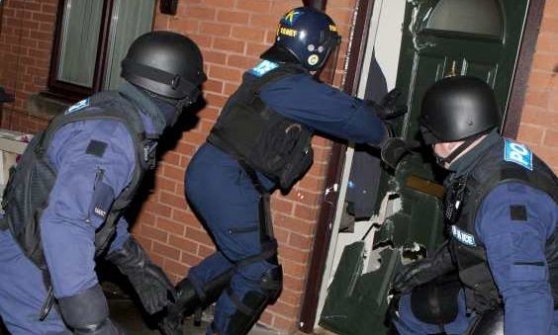 The Winston Churchill Memorial Trust provides around 100 travelling fellowships each year to individuals with a research interest who wish  to draw on international best practice and bring back lessons for the UK context. With a background in international justice and security reform at the Ministry of Justice, Jessica Magson visited three countries as part of the scheme to assess the impact of drug decriminalisation policies on the criminal justice system. The final report, based on interviews with politicians, state officials and frontline practitioners, recommends the piloting of diversionary schemes for low-threshold drug possession offences in the UK and emphasises the utility of proactive government engagement in the evolving multilateral debate around supply-side regulation.

There is growing recognition across the development community that the proportionate application of the rule of law acts as a critical enabler of stable governance. Clear rules that are seen as fair and predictably applied are the bedrock of dispute resolution in functioning communities and the maintenance of trust in and adherence to the system is a permanent government priority. The UK’s own criminal justice system is internationally respected as one that is stable but flexible enough to evolve with the needs of its population. It has embedded within it the key principles of access, proportionality and rehabilitation.

But one subject area sticks out. While the UK is far from unique in its approach to drug control, growing numbers across the globe are questioning the effectiveness and intellectual coherence of prohibitionist tactics. Their burden on judicial resources and the prevalence of high reoffending rates combines with a wide variety of unintended consequences that are arguably undermining the government’s own goals of enhanced rehabilitation, reduced reoffending and lower administration costs.  Accordingly growing numbers within the justice system itself are urging a rethink, adding their voices to mounting concerns expressed across the political, commercial and charity sectors.

When other countries are grappling with similar social and judicial problems it makes sense to compare systems and a Winston Churchill Memorial Trust Fellowship gave me a chance to do just that. With a background working as an international policy advisor and projects manager at the Ministry of Justice, I wanted to assess alternative methods of drug control and apply some of the judicial best practice that we promote abroad to our own national context.

Field visits focused on interviews with state and charity frontline staff, politicians, officials and medical experts in three countries. Portugal, Czech Republic and Uruguay have witnessed distinctive drug abuse problems within their communities but have commonly approached the issue by implementing decriminalisation models over the past 30 years. As Portugal and the Czech Republic continue to consolidate and refine their civil penalty regimes for possession offences, Uruguay is now on the cusp of being the first country to regulate the supply and distribution of cannabis. My aim was to understand how these countries were managing their decriminalised systems, the impact of change on criminal justice agencies and the extent to which these systems had more broadly been able to strengthen that crucial relationship of trust between the public and state judicial authorities.

None of the officials interviewed wanted to return to a prohibitionist model for possession offences. What became quickly apparent was that a shift to misdemeanour penalties for low threshold possession was feasible and had the potential to generate a range of criminal justice efficiencies. Diversion schemes like Portugal’s dissuasion commissions are better able to direct users to health and treatment support at the earliest possible stage and build on community policing principles that we know to foster greater public trust. Drug use and abuse continues in all three countries but stable user rates, when coupled with the benefits generated by the shift to civil penalties, demonstrate how the UK has viable alternative options in tackling drug abuse and associated crime.

A final report, accessed at http://goo.gl/KUDNT9 argues that the piloting of diversion schemes in the UK is logical, necessary and potentially aligned with the government’s current localism drive. Existing welfare provision and an extensive treatment network mean that we can build upon strong foundations and draw in expertise from existing structures within the criminal justice system.

But for reform to be effective, we also need to consider how to avoid some of the problems encountered in other states and tailor any system to fit the UK context. Decriminalisation in isolation is unlikely to have the hoped for effects on rehabilitation rates, the training of justice staff needs to be prioritised and legislative amendments need to be grounded in an understanding of what they mean practically for users. To overcome these challenges we should consider the UK’s broader strategic approach. The multidisciplinary oversight structures adopted in Portugal and the Czech Republic have enhanced cooperation and strengthened welfare services which have proven key to long-term rehabilitation both within and outside of the custodial estate. Crucially policy has been driven by experts and using an evidence base that provides legitimacy while taking the debate away from unnecessary political controversy. When governments, NGOs and frontline practitioners are working to the shared goal of reducing the damage caused by drug abuse there is no need for the level of contention we see in the UK.

As we look to the future, discussions in Uruguay drove home the reality of the growing international reform movement, and the risk of the UK being left ill-prepared for change. Latin America is spearheading a regulation campaign that is gaining credence across continents, premising their arguments on legitimate theories that point to the feasibility of making major inroads against international organised crime and stabilising governance. By reforming its possession laws now and proactively feeding its rule of law expertise into the debate, we have an opportunity to set an influential precedent and capitalise on a strong international reputation to proactively shape multilateral discussions that will have a huge impact on the nation’s own domestic landscape.