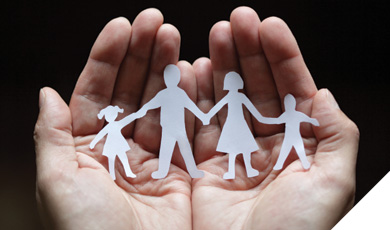 When James* came to see me at a London advice centre last year, he was experiencing a personal crisis. Having recently been released from prison, he was living with his son, Thomas*, and sleeping on the floor as their small flat had only one bed. Signed off from work by his GP for the foreseeable future, he had made a claim for Employment and Support Allowance. However, there were delays and difficulties with his Housing Benefit which meant that for the time being James and Thomas were both paying all of their weekly benefit (intended to cover their daily living expenses) towards their rent, for fear of being evicted due to their substantial rent arrears.

I knew that resolving his benefits problems wouldn't happen overnight, so I helped James to make an application to the Local Authority's "Crisis and Support Scheme" to help him with his day to day living expenses for the next week. I also made an application to the scheme for some new furniture for the flat. Sleeping on the cold floor of the flat was exacerbating James' health problems, the refrigerator was broken and a chest of drawers was needed for his clothes. Through the scheme, James received a modest payment to help with his immediate living expenses and put towards some new furniture. I was able to refer James to a local charity that sold and delivered refurbished furniture at low prices for people on low incomes.

These schemes are run by Local Authorities and provide support to vulnerable individuals facing immediate financial hardship for a variety of reasons. Usually, assistance is provided in the form of gift cards for groceries, white goods, payments made direct to energy companies, furniture or clothes. For a person living in poverty, a large number of unexpected events, large or small can force a household budget to breaking point. It could be as dramatic as flooding or as mundane as a parking ticket, administrative error in paying benefits or broken microwave.

This Local Authority welfare assistance scheme was the last place left to turn following earlier cuts to welfare assistance in England and Wales. James couldn't apply for a budgeting loan, because he hadn't been receiving benefits for 26 weeks. Previously, James could have applied for a crisis loan (to help with his living expenses whilst he waited for his benefits to be sorted) or a community care grant (to help improve his living conditions at home). Both of these valuable schemes have already fallen victim to budget cuts and are no longer available to vulnerable people like James.

However, in January 2014, the Government quietly announced that funding for welfare assistance schemes will also be pulled after April 2015. At present, Local Authorities fund the schemes using a £180 million pot provided by central government. After April 2015, responsibility for funding these schemes will fall upon already hard pressed local authorities, many of whom may cut the schemes altogether, resulting in the most vulnerable being left without help in the midst of crises they did not create.

If you are experiencing a personal financial crisis at present, you can (for the time being) find details of your local scheme using this.

For more information about the legal services we provide at Release, as well as advice on drugs and drug law, click HERE.

* Not his real name