UK PMA Deaths: The case for drug testing and a push for drug policy reform 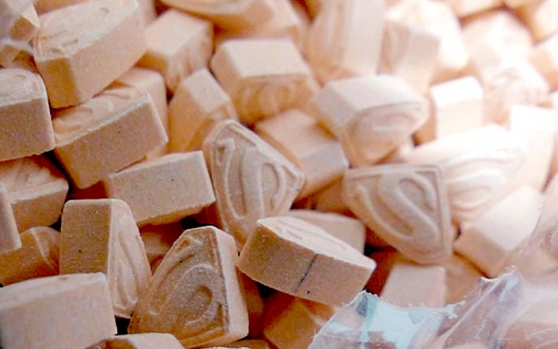 January 2015 saw the devastating news of the deaths of four men over Christmas and New Year – all believed to have taken the same pink Superman pills containing the drug para-methoxyamphetamine (PMA). This drug, which has a similar composition to PMMA, has been around since the 1970s but due to its lack of positive effects was soon rejected by many. It is therefore assumed that most people were consuming what they thought was (3,4-methylenedioxy-methamphetamine) MDMA.

PM(M)A is significantly more dangerous than MDMA for a number of reasons. PM(M)A is not a pharmacological equivalent of MDMA. Professor Nutt explains this by expressing  how the major problem is that “they block the actions of the brain enzymes that offset the desired effects of serotonin and dopamine release that PMA/PMMA produce. This then massively accentuates their toxicity as the brain can’t compensate for the increase in serotonin so users can develop serotonin syndrome. This is a toxic reaction that elevates body temperature to a dangerous, and in some cases lethal, level.”

The other great difference between PM(M)A and other amphetamine-type substances is its toxicity. PM(M)A can be up to 20 times more potent when acting on certain enzymes in the brain, meaning that a user who is taking a relatively low dose of 80mg of MDMA is suddenly taking the equivalent of a seriously dangerous amount of PM(M)A.

Finally, the time PM(M)A and MDMA take to work on the body are different. Effects of PM(M)A are far slower than MDMA, meaning that users may be fooled into thinking that they have taken a ‘weak’ measure and subsequently re-dose to make up for it.

Punitive UK Drugs Policy and the Rise of PM(M)A

Due to the non-euphoric and potentially fatal effects of PM(M)A many questions have been raised surrounding the drugs’ prevalence in the market. It is for this reason that some believe that the re-emergence of the drug is due to prohibitionist controls on the production and supply of established illicit drugs.

Strict law-enforcement, stemming from the UN convention treaties, of well-known established drugs such as MDMA has paved the way for a new market of unknown substances and an emerging culture of legal highs. This is no more clearly seen than through the banning of a number of precursor chemicals used to make MDMA - the most well-known being the 50 tonne seizure of safrole in Thailand back in 2010. This led to a significant dent in availability for MDMA production and so chemists looked for alternative ways and means of production.

Unfortunately, the use of anise oil as a replacement precursor resulted in the product PMA. Consequently, international governments have inadvertently allowed more dangerous chemicals to enter the drugs market by cutting the supply of MDMA.

It is therefore a sad reality that our drug laws have contributed to the deaths of those young men at Christmas and New Year. As, “by handing the control of the trade over to the black market, successive governments have abdicated all responsibility.” These deaths are an added example of a worrying upward trend in drug related deaths – which saw a 21% increase in 2013, a figure that jumped to 32% for heroin/morphine deaths alone. As such, this is an issue that the government should be primarily focused on tacking.

How PM(M)A Deaths Could Have Been Avoided

It is quite easy to say that if these people obeyed the law then they would still be alive. However it is not that simple – people take drugs for a variety of reasons and it is shown that prohibition does not deter use. The government’s own report ‘Drugs: International Comparators’, demonstrated that it found no evidence that drug use was affected by how “tough” or “soft” the government’s response is, showing that the severity of criminal penalties has little effect on drug use. It is for this reason that harm reduction is the best method to minimise risk to health.

The Netherlands has adopted a very pragmatic approach when it comes to harm reduction for drug users.  Here, residents have access to a free, government funded drug testing service, which is “born out of a culture that believes in accepting the reality of life and shaping policy in a way that recognises that human behaviour cannot be completely controlled.” It was this same drug testing centre, the Trimbos Institute, which issued its highest alert possible on the same pink Superman pills after testing them and finding that they contained PMA. The UK government failed to act on this vital information – with the only immediate alert in the UK made by Criminology Professor, Fiona Measham who received the alarm from a local drugs testing group and “considered the warning too important to ignore”.

If the UK had adopted harm reduction schemes such as those in The Netherlands, the likely-hood of those men dying would have been far lower. Initiatives need to be put in place. The first step should be for the Home Office to ensure there are accessible drug testing facilities, where the public can get illicit substances tested without fear of being criminalised. This is an initiative that has quietly got underway here in the UK, but not to the extent that is needed. Pioneered by Professor Fiona Meacham at Durham University who uses the latest technology to test confiscated substances at The Warehouse Project in Manchester, enabling her team to send out immediate and localised warnings about potentially dangerous drugs. This is a service that should be available to everyone to ensure that if people are going to take drugs, they know what they contain.

Whilst it is clear that there needs to be a top-down approach to tackle the issue of drug policy reform, there are some key harm reduction techniques that can be implemented immediately. This can be done by following guidance on dosage; timings; interactions with other drugs and purities, as well as advice on buying from a trusted source and consuming in a safe environment.

Wales have a great drug testing service, WEDINOS. Anyone living in Wales is able to independently and anonymously submit a sample for testing. Users are given a reference number to then later check the results online. This harm reduction project aims to reflect trends in substance use and so also asks users to submit the effects of the drug along with their sample.

Home testing kits can be bought online and can test for a variety of substances. These are not 100% reliable however, with false readings possible if two or more substances are present in the sample you are testing. This is especially true for MDMA - where many may be mixed with PM(M)A – subsequently masking the dangerous PM(M)A.

Alternatively, some websites are dedicated to the reporting of pills, with the aim of minimising harm. Users record: the pill’s appearance; location it was bought; if it was reagent tested (and if so what was the result); any suspected adulterants; and even their experience when the pill was consumed.

What is clear from the tragic deaths of the four men over Christmas and New Year is that they almost certainly could have been avoided. The apparent ‘successes’ of drugs prohibition – whether this be huge seizure of pre-cursors, or the Prime Ministers claims that they are following “an evidence-based approach….focusing on education, prevention and treatment” - have instead paved the way for more harmful substances, unknown purities and increased risks.