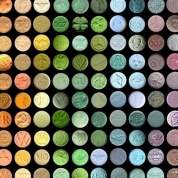 Ecstasy is the popular name for MDMA but informally ecstasy usually refers to the pill form and MDMA, usually a higher strength, refers to powder form. Ecstasy speeds up the body’s reactions and functions in many different ways.

Pills are found in varying colours and designs and powder is usually sold as brown or off-white crystal-like powder in small paper packets called ‘wraps’. MDMA can also be found in capsule form, usually in high doses.

Powder can also be swallowed by ‘bombing’. A ‘bomb’ is prepared by wrapping individual doses in cigarette paper.