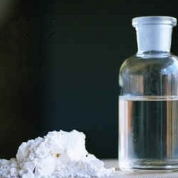 GHB is a depressant substance; it slows down the body’s reactions and functions in many different ways.

There is a strong sexual component associated with the drug’s action, which is related to it being used as a ‘date rape’ drug.

GHB is a white crystalline powder. The powder is rarely sold on at street or club level. Instead the salt is mixed with water to produce a clear liquid - often sold in small platic bottles.

GHB can be easiliy manufactured from GBL which is typically sold in plastic bottles, sometimes labelled but often unmarked.

GHB and GBL is most commonly taken orally in liquid form; the powder is not commonly snorted, but dissolved in fluid.

Swallowed:  It can take up to an hour for the effects to be fully felt, dosing is person specifc but very small quantities can cause people to overdose, GBL is typically two to three times stonger than GHB. For example: if your 1ml dose of GHB is actually GBL, the strength may be the equivalent of taking 2-3ml. This level is more likely to lead to over-dosing (unconsciousness and coma) particularly if you have not tried it before or have a lower tolerance. The reverse is also true: if your 1ml dose of GBL is actually GHB the actual strength maybe 2-3 times less.

GBL is converted to GHB in the body, appears in the same liquid form and produces equivalent effects to GHB.

For advice on GHB, GBL and Chemsex please visit our friends at MEN R US