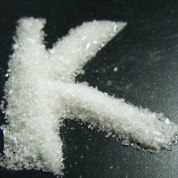 Ketamine is a strong numbing drug (anaesthetic) with unusual effects on the body. It speeds up rather than slows down breathing. It was originally only used by local and farming vets as an anaesthetic for animals, including horses. Nowadays, it is used mainly as a recreational drug, but still also by farming vets.

The licit drug is sold as an injectable liquid, while the illicit product is more often a powder, a white crystalline substance reminiscent of cocaine.

Swallowed: can be taken orally (often mixed in drinks)

Injected: can be injected into a muscle (liquid form)

Snorted: usually divided into lines and snorted (insufflated) via rolled up paper or ‘bumped’/’keyed’ i.e. small amount sniffed. When snorted the drug takes effect after about one minute and lasts for 20 to 40 minutes.