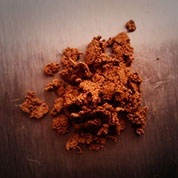 Popular names ‘Sparkle’, ‘Woof woof’
What is it?

This is a relatively new synthetic (man-made) drug. It is said to have similar effects to MDMA (ecstasy) but there is very little information on dose and adverse effects available. It was produced in the 1990s with the aim of creating a drug that was less toxic than other types in the same group (e.g. MDMA) to be used as an anti-depressant or appetite suppressant.

It is seen to produce effects that make people feel closer and loving to others (empathogenic) but very little research on its effects has been conducted on humans.

The negative effects may be similar to those of MDMA (Ecstasy) such as 'crashing' (feeling low after the peak) and bad 'comedowns' (similar to hangovers that can last several days) but very little is currently known.

It is most commonly found as a powder.

Swallowed: swallowed (ingested) by ‘bombing’. A ‘bomb’ is prepared by wrapping individual doses in cigarette paper.