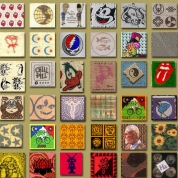 LSD (Lysergic acid diethylamide) is a powerful psychedelic/hallucinogenic synthetic chemical substance. Lysergic acid diethylamide, or LSD or LSD-25,(its compound trial number) also known as lysergide and ‘acid’, is a semisynthetic psychedelic drug of the ergoline family, well known for its psychedelic effects which can include synaesthesia, a blending of the senses, an altered sense of time and spiritual experiences, altered cognitive processes,  distorted visuals as well as for its key role in 1960s counterculture.

It is usually found in its liquid state, colourless and odourless, occasionally on sugar cubes, most often impregnated into small squares of paper (tabs) or sometimes in a single, larger sheet that can be subdivided (blotter). It used to also come as very small pills (called ‘microdots’) but these are no longer common.

Orally- the impregnated paper is placed under the tongue so that the substance soaks into the mouth, and is swallowed. Microdots are swallowed.

LSD is very potent, with 30–70 µg (micrograms) being the typical dose. An LSD ‘trip’ causes an altered sensory experience of all the senses, emotions, memories and the passage of time which can last from 6 to 12 hours, depending on dosage and tolerance. Generally beginning within thirty to ninety minutes after ingestion, the user may experience anything from subtle changes in perception to overwhelming cognitive shifts. ‘Set’ and ‘Setting’ are key with LSD, as they are with all hallucinogenics and empathogens.

"Flashbacks" are a reported psychological phenomenon in which an individual experiences an episode of some of LSD's subjective effects long after the drug has worn off, usually in the days after typical doses.