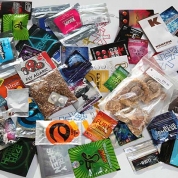 You may have come across this term, along with possibly ‘research chemicals’, ‘novel psychoactive substances’, ‘NPS’, ‘designer drugs’ or ‘herbal highs’. These are terms used for the fairly new emerging drug market and much debated phenomenon of new drugs.

There are a huge number of chemicals that are currently available, being produced and that could potentially be produced. One of the most well-recognised and highly regarded European drug monitoring groups (EMCDDA) stated that there were 280 potentially harmful ‘legal highs’ produced in 2012 in Europe alone.

These substances are now dealt with under the Psychoactive Substances Act 2016 - please read our guide by clicking on the link.

Although taking any drug involves some risk, there has hardly been any research done on these drugs. In fact, most of these chemicals have not been tested/tried (safety profiled) on humans (some not even on animals) at all and as of yet, there is very little information the effects (short and long term), how they work, whether they’re addictive and whether there are any allergic reactions or overdose potentials. In fact, it is very difficult to be definitive about the effects of any chemical on human beings, particularly if the exact nature of that chemical is unknown.

All drugs have different levels of potency, so when it comes to taking unknown drugs it is important to only take a very small dose first, and re-dose only if you feel you are able to. This is particularly relevant for the drugs that are exceptionally potent such as 25I-NBome.

If you are choosing to take these drugs, we advise that the best thing to do is have a look at forums such as Erowid and Drugs Forum, or call the Release helpline for more detailed information/support.

When reading forums be aware that reactions to drugs vary greatly from person to person. Any reports of extremely amazing experiences should not be taken as typical or common experiences.

Really think carefully if choosing to take these drugs.

Here is some background on definitions:

Legal highs - a term given to substances that are used recreationally but are not controlled under the Misuse of Drugs Act (1971), not licensed for legal use, and not regulated as a medicine (Medicines Act 1968).

Novel Psychoactive Substances (or New Psychoactive Stimulants or NPS): This is an official term for newly produced chemicals. However, as more of these substances are becoming controlled, this term is now used to describe substances that were either recently made illegal or are still legal, e.g. ketamine is sometimes referred to as a NPS.

Research Chemicals: These are drugs that have a purpose for research but are also used recreationally (for fun). It is also a label put onto newly made drugs to bypass the laws. By stating that they are ‘not for human consumption’, or that they are ‘bath salts’ or ‘room odourisor’ etc., sellers get away with selling it legally.