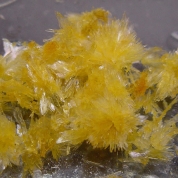 The use of plants containing DMT is known to have occurred in the Americas as far back as the 8th century. It appears that it was taken in the form of ‘snuff’- a fine powder to be snorted. As modern shamanic rituals also make use of it in the form of a brewed drink, known as ‘Ayahuasca’, it is possible that it was also consumed in this way in ancient times.

The arrival of Europeans in South America in the late 15th century exposed a new continent to many of the hallucinogenic substances known to native peoples for centuries. Friar Ramone Pane was one of the first to document the use of a snuff called ‘cohoba’ by the Taipo people of Hispaniola, which has been confirmed in recent years to contain (amongst other things) DMT.

The use of DMT as a synthetic substance did not occur until 1931 when it was synthesised by the British scientist Richard Manske. In the UK it was scheduled under the Misuse of Drugs Act 1971.